Subscribe
Read Today's E-Edition
Share This
Winston-Salem schools 'a living hell' for gay student in the 80s. Today, transgender student feels safe in classrooms but less so outside them.
0 Comments
Share this
1 of 3 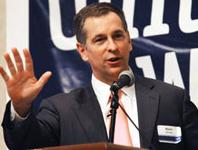 Kevin Jennings speaks at the 2010 annual meeting of the United Way of Forsyth County at the Mariott Hotel. 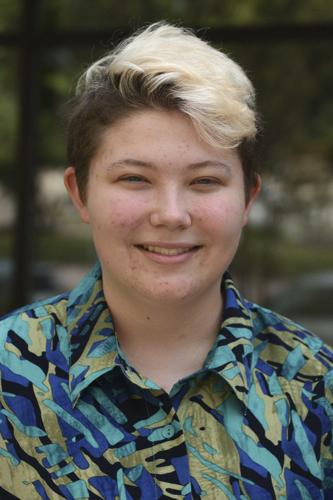 We're talking about what it’s like to be LGBT in Winston-Salem public schools, then and now.

Kevin Jennings is a former teacher and the founder of the Gay, Lesbian and Straight Education Network, also known as GLSEN. He’s won a national Lambda Literary award for his writing and served as an assistant deputy secretary in the Obama Administration’s Education Department, an appointment that was met with protests by social conservatives.

Before any of that, though, he spent nine years in the Winston-Salem and Forsyth County School system before leaving after the 10th grade following a move. He’s now the president of the Tenement Museum in New York City.

He described his years in school here as "a living hell,” being regularly bullied and finding it hard to find support among administrators. The continued abuse almost led him to drop out of high school at Mount Tabor, he said, but instead he transferred to Paisley.

He still remembers the two teachers who stood up for him and made it clear to other students that bullying of any form would not be tolerated in class.

That experience helped shape his career focus on anti-bullying.

“In a lot of ways, we can thank the Winston-Salem/Forsyth County Public Schools for the national safe schools movement,” he says. “Because it was really my experience of being bullied so relentlessly … that led me to dedicate my life to addressing the issue of bullying.”

Sam Sizemore is a senior at Parkland High School. He’s volunteering with North Star Community LGBTQ Center in Winston-Salem, as well as other nonprofit organizations across the state.

Sam also went to Paisley. He was out in middle school as what he describes as “some kind of gay” and wasn’t the only one to be out at the time. He came out as transgender just before 9th grade.

He says a lot of the talk about gay identity was less about harassing people for being gay and more about the drama of the dating scene.

It was much different coming out as transgender.

“It’s a bigger deal, and it’s a much different way to come out,” he says.

But he found support from some teachers, from the local community and from a youth drop-in space in Greensboro.

Jennings graduated from high school in 1981, back before there were any TV shows with gay characters, same-sex relations were still illegal in the state and no one was seriously talking about gay marriage. He also didn’t know of any of his fellow students who were gay.

He says it was impossible to envision a happy life as an LGBT person. The despair led him to a suicide attempt. And although some progress has been made, LGBT youth are still four times more likely to attempt suicide than straight ones, Jennings says, citing CDC data.

Sam says he generally feels safe in the classrooms at Parkland but somewhat less so outside of them. He’d like to see required training for teachers to help build awareness for how to treat LGBT students.

Jennings agrees that there’s a lack of training for teachers and administrators, and in Winston-Salem, funding should not be an issue.

“I will fly at my own expense from New York to Winston-Salem to do the training for the teachers in the system,” Jennings says. “And I’m sure Sam would love be part of that training too, and the people at the local Pride as well. Let’s not hide behind funding as an excuse.”

Kevin Jennings speaks at the 2010 annual meeting of the United Way of Forsyth County at the Mariott Hotel.