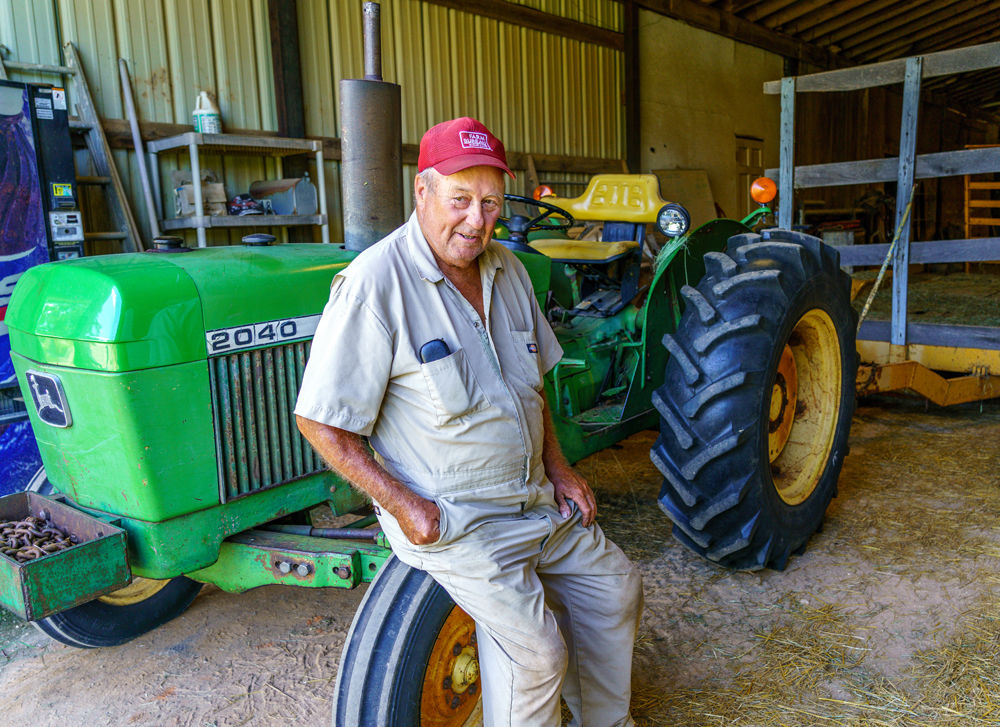 Ed Wall, 77, is the owner of Beaver Creek Farm in Rural Hall. The farm is located on land that's been in his family for nearly a century. 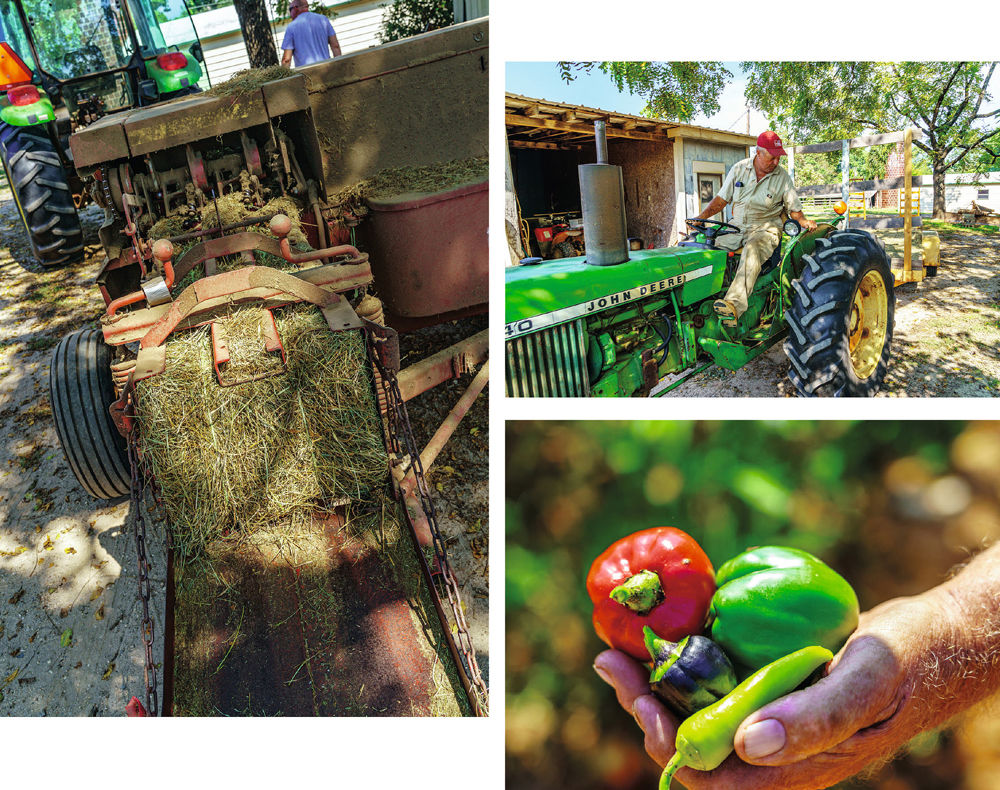 As he sits under the shade of a cedar tree next to his farm stand, Ed Wall tells the story of an okra blossom that surprised a friend who wondered what the lovely flower was.

“You have to get out of the house and look at nature if you want to see something pretty,” says Wall, 77, who owns the 117-acre Beaver Creek Farm & Nursery in Rural Hall.

The farm’s lush green fields are packed with produce he grows and sells—tomatoes, okra, lima beans, cucumbers, squash, zucchini, watermelons, corn, crowder peas, and a variety of peppers. Spend a minute listening to him describe his produce—for instance, how a slice from a German Johnson tomato extends beyond a slice of bread—and it’s clear he cares deeply about the food he grows.

A Legacy of Land

Wall lives in the house his grandfather built on the farm in 1928, and he tends the land his grandfather and father cultivated when tobacco was profitable. They also raised corn, cows, soybeans, and oats on the property.

“I was working in the fields when I was 10 years old,” he says. “It was hard work. Dad taught me how to prime tobacco; how to get one leaf, two leaves, and three. He showed me what was ripe. My [parents] used to plant silver queen corn to make a little money the last week of July, before the tobacco started coming in.”

His mother kept a list to let folks know when the corn came in, and they’d stop by the farm in droves. He remembers going into the field one year with the tractor and picking 120 dozen ears of corn. When he pulled up with the corn, eight to 10 women were waiting for it. Wall says he lit a cigarette, and before he could smoke it, “That corn was gone.”

Wall went on to study agriculture at N.C. State University and majored in what was known as “field crops” when he enrolled. But “that was too country-sounding, so they changed it to ‘crop science’ by the time I graduated,” he says.

“The thought of going off to college was tough at first,” Wall says. “This old country boy had never been to the big city. But I went down that first year and I ended up thoroughly enjoying it. I became a master at bridge.”

Wall ended up meeting his wife, Judy, at a dance at the American Legion hut on Cloverdale Avenue. They’ve been married 57 years and have three children, three grandchildren, and one stepgreat-grandchild. Their daughters grew up competing in national horse competitions and moved back to the farm once they got married. Wall taught his grandsons to hunt on the property, and his son still helps him cut hay.

While Wall has lived on the farm most of his life, he hasn’t always been a farmer. After graduating from NCSU, he went to work at R.J. Reynolds as a production supervisor and remained with the company for decades until his job was eliminated in 1995. “I didn’t know what I was going to do at that point,” he says.

He’d been growing a garden all his life, so he expanded it to grow a variety of seasonal fresh produce and started selling it at a stand on the farm. It wasn’t long before he built up a local following, and he’s been working the land ever since. “You do what you can to keep it fresh and good,” he says, and his customers praise the high-quality vegetables he sells.

In 2008, a real-estate agent stopped by to see if he’d sell his farm and told him he could be rich.

“I’m rich now,” he says. “If I want cup of coffee when I wake up in the morning, I drink one. When I get through with the coffee, I do pretty much what I want.”

Wall has weathered the decline of tobacco, rising prices of fertilizer, seed, and diesel fuel, and demand for organic produce (his is not).

“We cannot feed the world organically,” he says. “The bugs will eat all of us up.”

He’s also educated customers about why he doesn’t grow a seedless watermelon or a stringless bean.

“I don’t plant nothin’ that can’t reproduce itself,” Wall says. “I ask, ‘Do you like genetically modified products? What do you think a seedless watermelon is?’ If you buy [produce] from here, you know where it came from.”

In the late summer when we visited, we found Wall picking lima beans, cutting okra, and harvesting hay. He’s diabetic, but he claims the work helps keep his weight and glucose levels in check.

After picking a bushel of lima beans, he sits under a tree to catch his breath. He might make $16 for the day, or $200, depending on what’s in season and who stops by. Next year, Wall says he’s planning to scale his farming operations back because, as he says, “I’m tired. I still enjoy some of it, but physically it’s getting to be difficult.”

With that said, he knows he’ll still be farming in some form or fashion next year. He’s planning to have a garden for his family, and he might sell vegetable plants next year.

“Farming is a way of life,” he says—and he feels blessed that it’s always been his way of life.

Ed Wall, 77, is the owner of Beaver Creek Farm in Rural Hall. The farm is located on land that's been in his family for nearly a century.