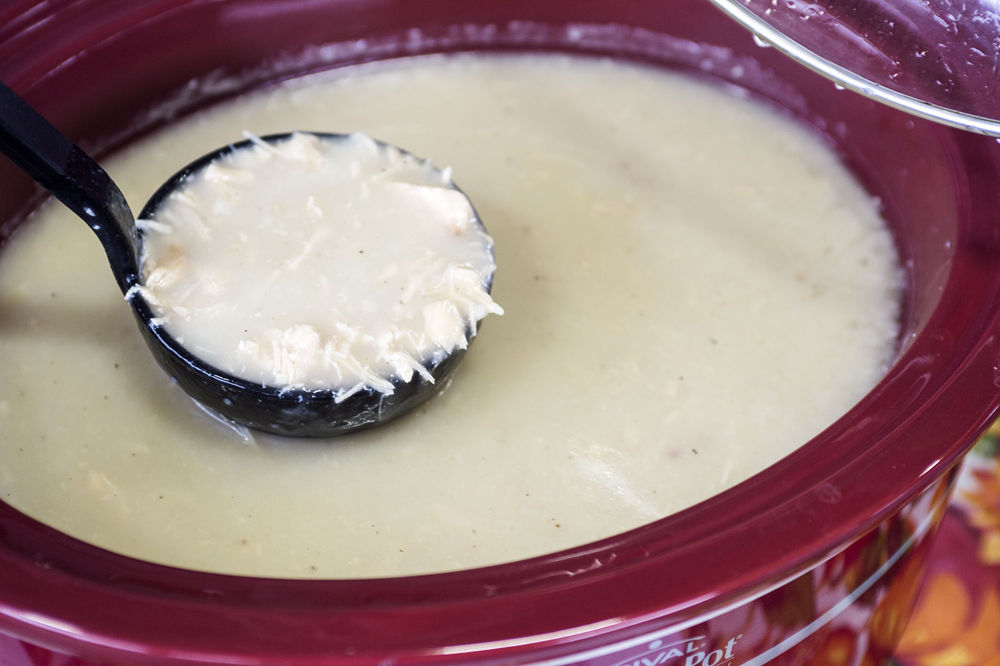 A pot of traditional-style chicken stew. 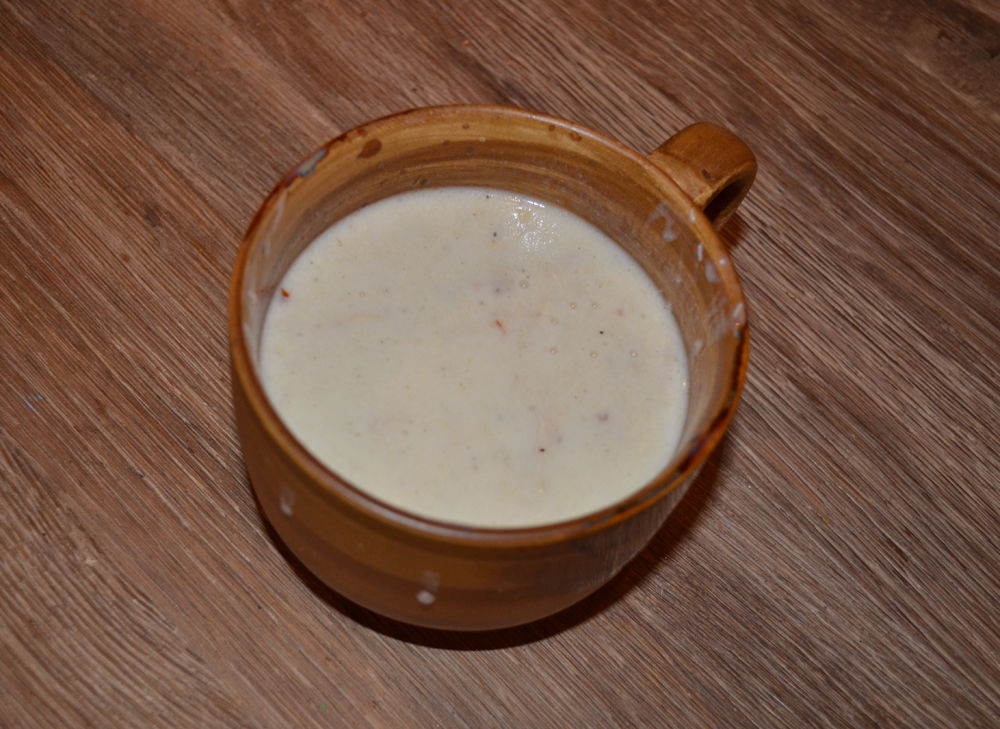 There are many versions of chicken stew in the United States, but the term has a completely different meaning when mentioned in North Carolina — especially here in the Piedmont. Chicken stew not only refers to the name of the seasonal stew itself, but also a social gathering of family and friends, typically on a cool fall evening.

Many people envision a broth-based stew with veggies when they heard the words “chicken stew.” But that’s not the case here. The stew served in the northwest Piedmont is milk- and butter-based, and rarely will you find a veggie in there, just lots and lots of chicken. As local pastor and chicken-stew maker Paul Stewart says, “It’s chicken, lots of chicken, with seasoning.”

Chicken stew also has its own season. Whether it’s at a church event, community fundraiser, or backyard party, you’ll be hard pressed to find it being served beyond October and November.

The origins of chicken stew are murky at best. Versions of the stew can usually be found in South Carolina and Georgia and can also go by the name of chicken mull.

When I asked around town, I got similar reasons as to why chicken stews were started in the first place:

The stew events regularly occurred at the end of a harvest season—typically tobacco—which explains why they’re associated with fall. The tobacco was harvested and hung for curing in tobacco barns, which took a lot of hands to accomplish. So to celebrate and feed all who participated in the harvest, chicken stew was prepared. The dish likely became popular because it’s relatively simple and inexpensive to make, yet universally liked, making it an ideal gathering food. Local resident Mark Bumgardner added that chicken stews also followed corn-shucking events, which similarly took a lot of people to accomplish.

Many locals say that chicken stew has always been a part of their lives. Cindy Gray of Hamptonville says, “I’ve never known not having chicken stews.”

The dish is traditionally cooked outside over an open flame in a large cast iron or stainless-steel pot. While all chicken stew recipes have some similar qualities, most cooks like to add their own personal touch. Stewart, for instance, says he likes to cook his chicken stew over wood in a large pot. “I’d recommend cooking it covered with a lid larger than the pot so that the smoke flavor goes in.” Bumgardner added that it’s crucial to have a good milk base and butter.

While all recipes differ, most follow a similar pattern:

• First the whole chicken(s) are boiled, which provides a broth.

• The meat is then removed from the bone and shredded.

• The broth is thickened by adding milk and/or cream and flour.

• The chicken is then added back into the milky broth.

• Salt, pepper, and butter are typically added—and depending on the chef, other items such as hot sauce may be used. Color and thickness also vary depending on individual taste.

• This dish is usually served with Saltine crackers; either on the side or crumbled up into one’s bowl.

No matter the recipe, it’s clear that chicken stew has been ingrained into the fabric of our society here in the Piedmont.

It’s a fall tradition like no other—and one that’s likely here to stay—as warm bowls and family recipes are handed down generation after generation.

A pot of traditional-style chicken stew.