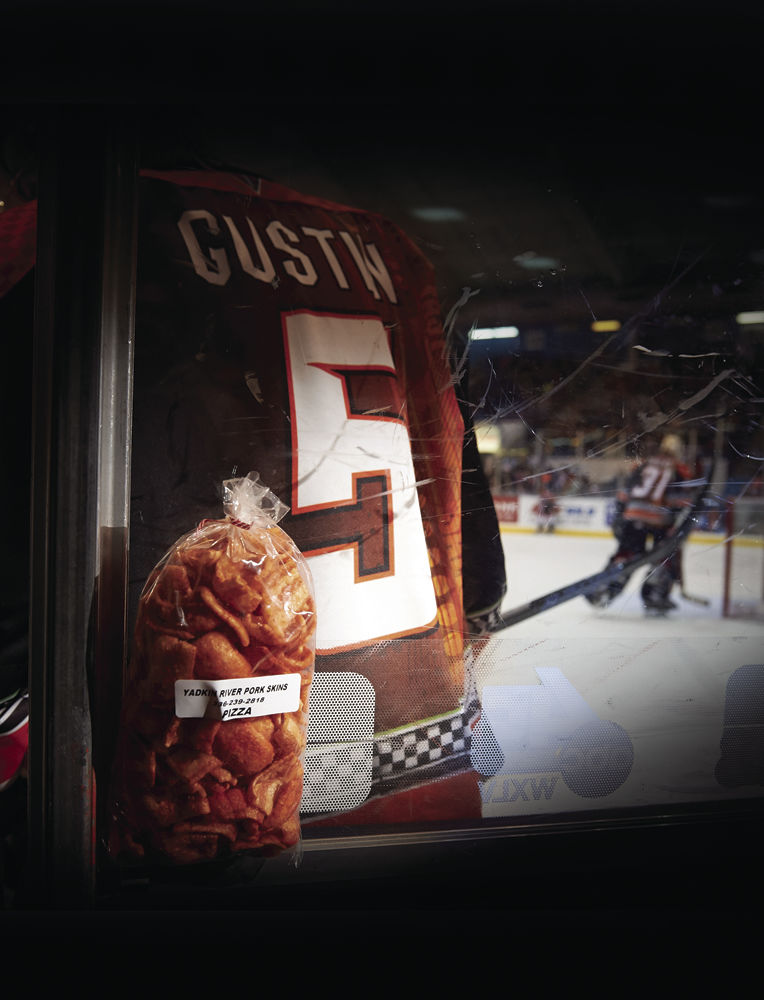 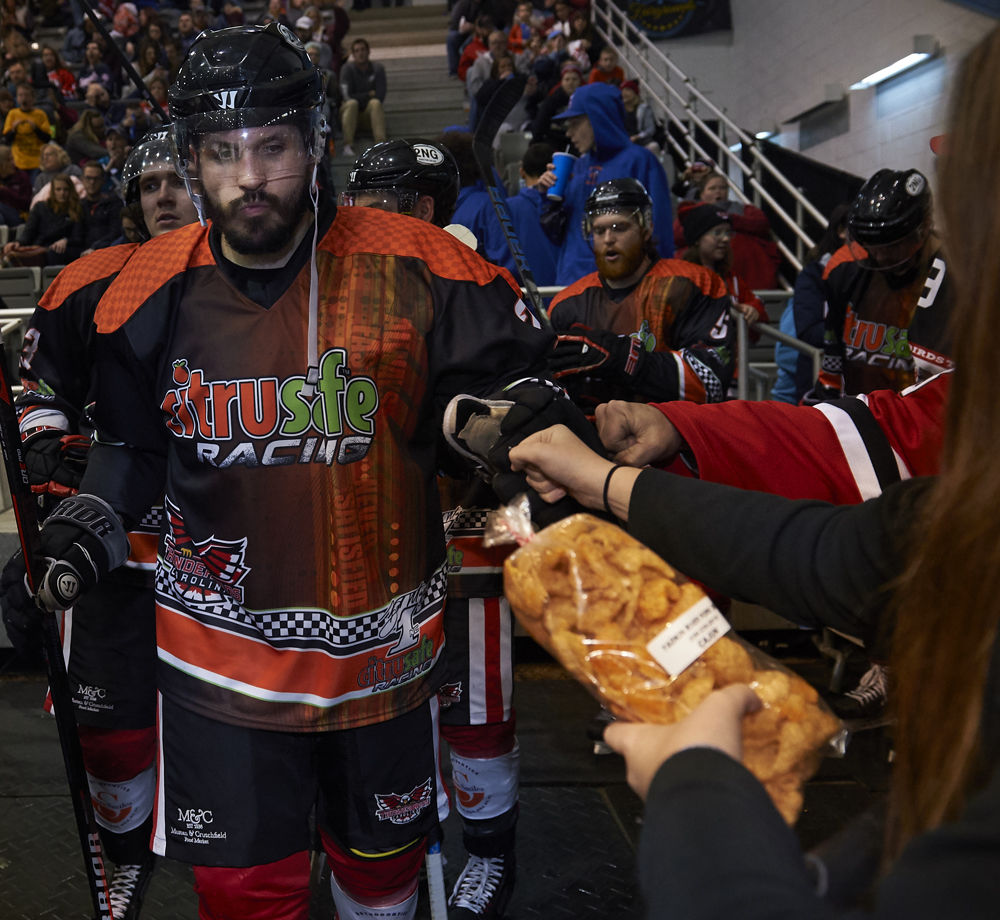 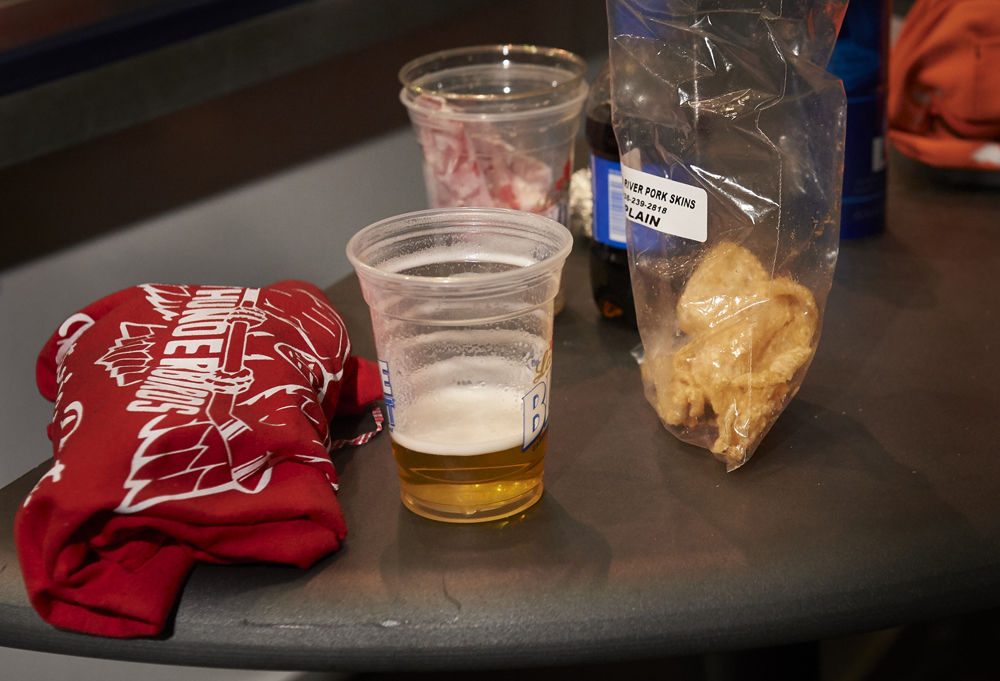 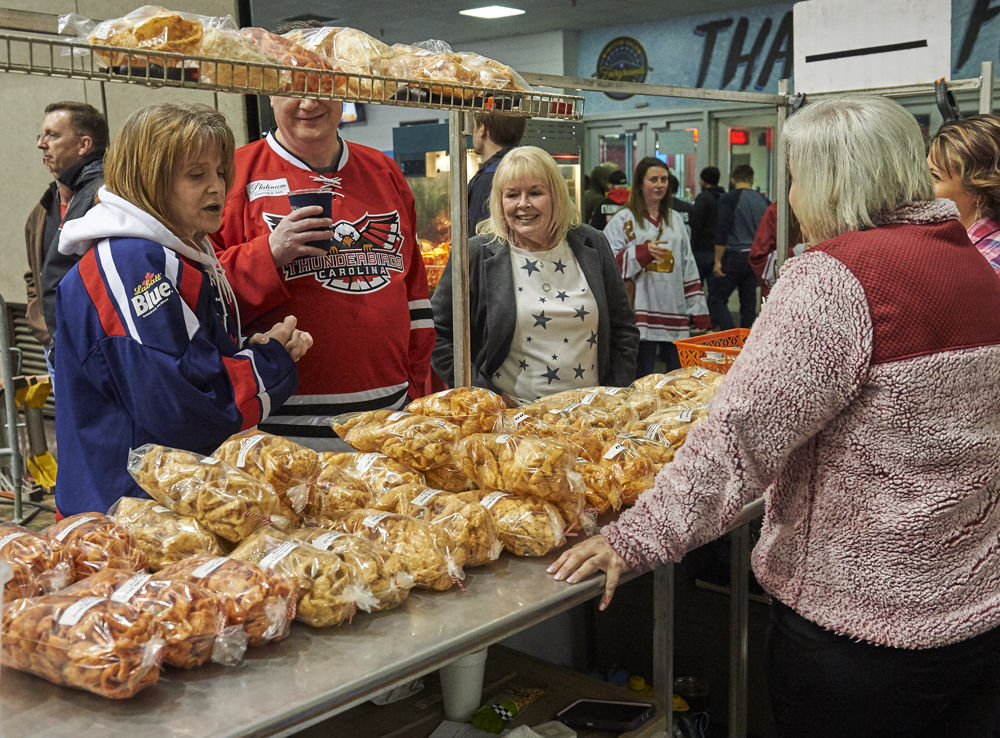 Fried pork skins aren't as unhealthy as you think. In fact, they have less milligrams of cholesterol than an egg.

Every weekend during racing season, Yadkin River Pork Skins sets up its stand at Bowman Gray Stadium, where munching on the crispy snack has become as vital a part of the experience as multi-car wipeouts and the ear-splitting roar of engines. Five years ago, Scotty Perrell and his wife, Michelle, didn’t know if they’d make it past their first race.

“I remember that first night we sold $46 worth, and I thought, ‘Well, that’s not good,’” says Perrell. “But it’s one of those things where you have to get your customer base built up. I stuck with it.”

Perrell deep-fries and seasons his pork skins at his stand, which makes the texture extra light and crispy. And the flavor? That depends on your mood. Odds are, Perrell has something for you. While grocery store brands come in a handful of varieties, Perrell has between 20 and 30 in his rotation at any given time.

“I’m constantly experimenting with flavors to come up with something everyone likes,” he says. “Right now, we have a honey barbecue and Cajun ranch doing really well, and I’m experimenting with a caramel Sriracha idea I got from a buddy who sells kettle corn at the beach. He gives me ideas and I give him ideas.”

There’s some debate over who was the first to transform pork skins into a tasty snack. The version we enjoy here is a cousin of what the British call “pork scratchings.” Many historians in England agree that the working classes of the West Midlands began eating deep-fried pork skins in the late 1800s to get the most out of the pigs they raised for food.

Spain also lays claim to fried pork skins. One story goes that in the 1700s, free-range pigs in the southern part of the country would rub against trees to shed dead skin. When a farmer noticed some of these skins had been fried crispy by the hot sun, he decided to taste a piece. (Pork skins smell like bacon when frying, so, yes, the temptation was certainly possible.)

According to a 1989 New York Times article, George H.W. Bush declared the snack as a favorite of his. In the article, the Spaniards introduced pork skins as a delicacy to Mexico, where “chicharrónes” are still served, often with homemade bread or mixed with scrambled eggs.

Perhaps word eventually spread to the American South. Or, maybe the pork skins happened here like they did in England. After all, Southern farmers had no shortage of pig skins left over from rendering pork fat for lard, and they didn’t like wasting any of the pig.

Whatever the history, in the United States, the South remains a stronghold for the snack, and Yadkin River Pork Skins likely will be a worthy legacy in the Triad for years to come. The business has done so well for Perrell, he plans on doing it full-time after retiring from his day job.

“We love it,” he says. “Engaging with people is what it’s all about. We’ve developed a lot of good friends between the race track and hockey games, and people come specifically to see us every year at the festivals we attend. It makes us feel good.” Anyone who’s enjoyed a big bag of Yadkin River Pork Skins feels the same way.

Fried pork skins aren't as unhealthy as you think. In fact, they have less milligrams of cholesterol than an egg.