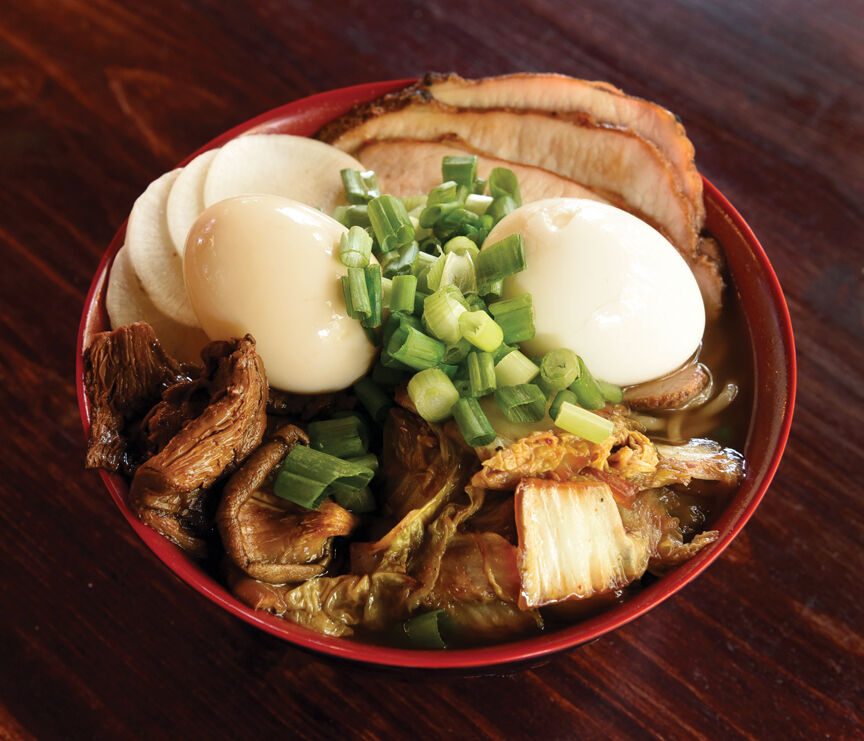 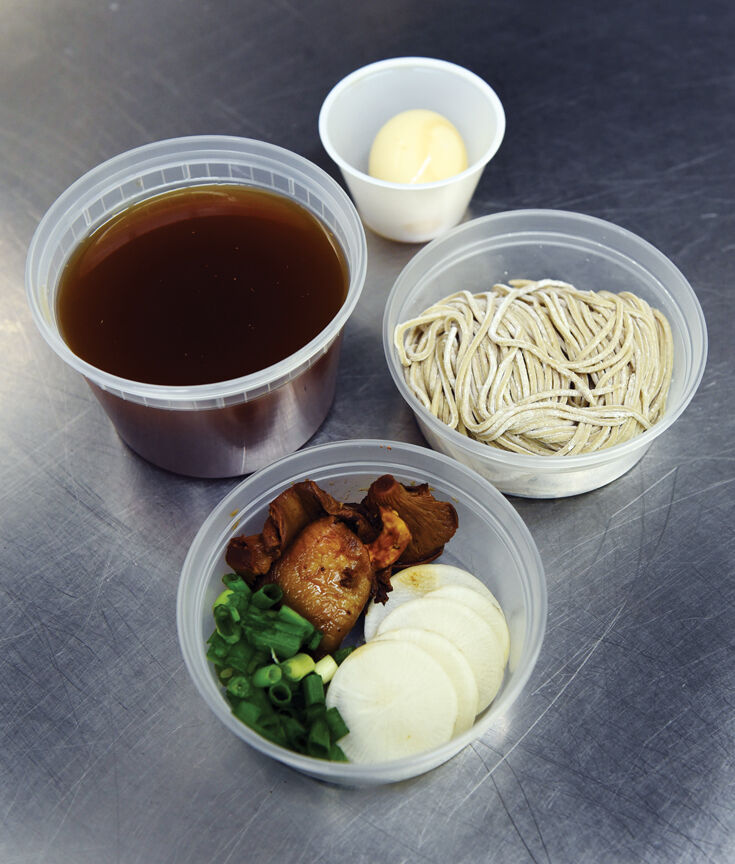 Josh Trusler has always been a bit of a rebel.

Trusler, an avid chef and Kentucky native who moved to Winston-Salem in 2015, spent long nights and weekends slinging cocktails and cooking up delicious eats in kitchens across the city, including The Katharine Brasserie & Bar as well as Earl’s Whiskey Bar.

After two years of working the restaurant scene, Trusler decided to test the waters and do a popup event at Hoots.

Where: 3200 Round Hill Road, Boonville

“We set up butane burners in the little patio area of Hoots, and got out some noodles while people were drinking beer,” says Trusler, who runs Bootleg Ramen alongside his wife and business partner, Nina Montalto. “We gave out a couple of free bowls but never had any idea people would be this interested.”

The popup was a hit with Winston locals — but not the Winston-Salem Health Department as Trusler hadn’t secured licensing to run the events. “We did the event at Hoots, did one at Wiseman, and hosted a couple others over the span of about two years,” Trusler says. “Each time, we kept getting shut down, and the name Bootleg Ramen was born.”

Trusler credits much of his inspiration with the tasty noodles to the likes of Japanese Jiro Ono. The critically acclaimed Ono, 95, is recognized in Tokyo and around the world as the greatest living sushi craftsman, credited with innovating methods used in modern sushi preparation. Ono’s restaurant Sukiyabashi Jiro has won two stars on the Michelin Guide for its exceptional food and quality service.

“Japanese cooking, with its fresh ingredients and rich traditions, is definitely something we try to emulate at Bootleg,” Trusler says.

Before the business was Bootleg, it went by the Japanese name “Shokunin,” meaning “master of craft,” Trusler says. “Essentially it means someone who strives to do the same thing every day with the intention of getting better every day. Just like Jiro, I want to be in my 90s and still trying to do better.”

Riding on the success of his popups and inspiration from Jiro, Trusler and Montalto were ready to make their dreams of running their own business a reality.

“For a while, we cooked out of the kitchen space at Sander’s Ridge Winery, and eventually moved into a factory outside of Pilot Mountain that Nickel Pickles uses,” he says. The space is 10 miles from downtown Winston-Salem and along NC 67 near Boonville.

“The COVID-19 shutdown really inspired our contactless delivery business model,” Trusler says. “Our team prepares things 95% of the way, so really all you have to do when it hits your door is heat it up.”

Bootleg Ramen allows guests to pick the noodles of their choosing from an extensive online menu. Trusler and his team then get to work preparing the delicious creations, with delivery straight to your door. Each order is made with the freshest ingredients from local farms around the state and can be warmed up in 2 minutes or less.

“The goal is to bring the popup-quality food that people know and love right to their homes, offices, wherever they want to get their noodle on,” Trusler says.

Trusler and Montalto attribute Bootleg’s success to a unique pivot in an industry that’s difficult to navigate and not always sustainable.

“For restaurants to survive, you have to pivot,” Montalto says. “Restaurants are an unsustainable business model, always standing on one foot. It’s hard to find a workaround when you’re in circumstances like this.”

With this in mind, the couple has put a large emphasis on making sure that their employees are taken care of and compensated appropriately.

“We want to be a model for paying a living wage. We understand that it takes a certain kind of person to be a cook. While it’s a very satisfying work, it’s also vastly underappreciated,” Montalto said.

The pair hopes to eventually bring a “socially distant” style sit-down restaurant to the community, where people can safely sit and enjoy their noodles together. Until then, they will continue to offer their scrumptious kits via delivery.