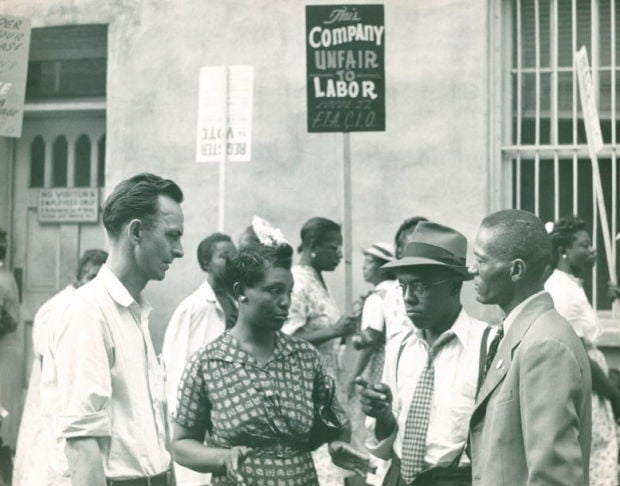 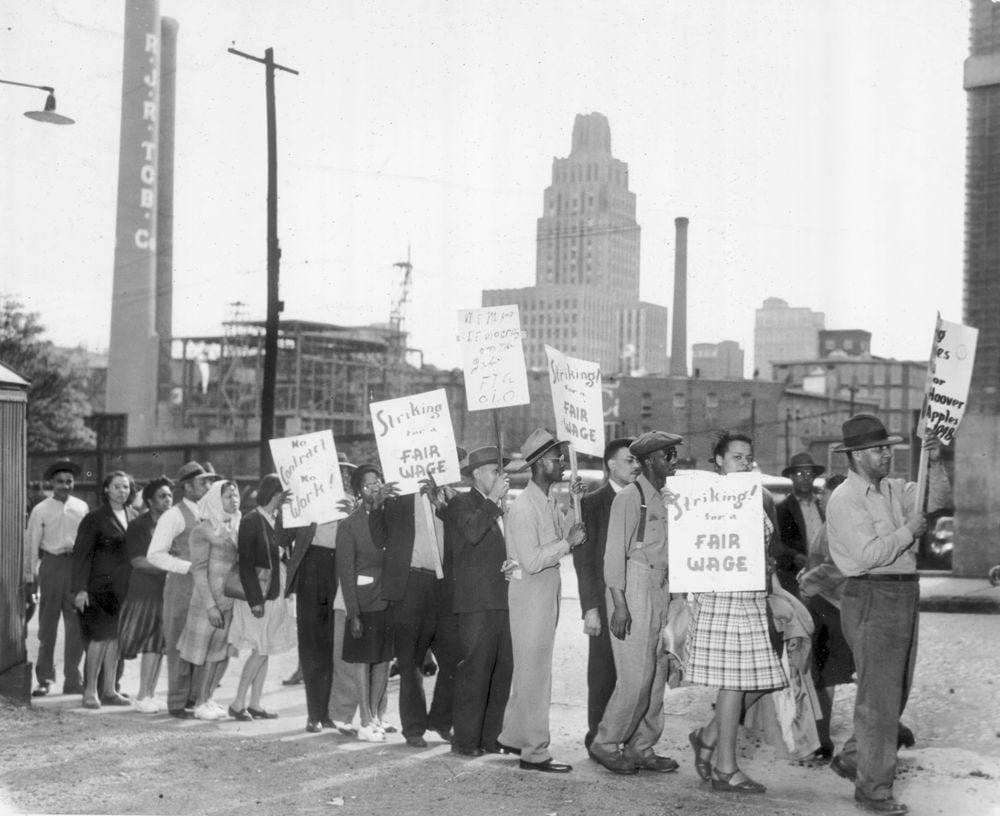 With Velma Hopkins and other activists leading the way, Local 22 helped organize several worker strikes at RJR, including a 38-day strike in 1947 that attracted worldwide attention.

Known as: One of the city’s most aggressive and tireless civil rights advocates.

African-Americans, however, chafed at the wage disparities between the races. Higher-paying jobs were nearly impossible for Blacks to obtain at R.J. Reynolds, and women were also paid less across the board. Velma Hopkins and a few others sounded a call to action in 1943, beginning a month-long strike at RJR and culminating in the first and only labor union ever at the company.

The eldest of four children, Hopkins grew up fiercely protective of her family. Her mother was widowed before Velma was 10 and brought the family to Winston-Salem, where Hopkins later landeda job as a tobacco stemmer at RJR. The job, while welcomed, lefta lot to be desired: The work was meticulous, conditions in the warehouse were harsh, and Hopkins made 17 percent less than her male counterparts.

In 1943, the death of a fellow RJR worker coerced Hopkins and others to organize a “walk out” with hopes of bringing unions to the company. They were soon joined by other city workers, both white and black, until more than 10,000 people walked picket lines outside the RJR headquarters. Despite strong-arm tactics from the police, employers, and media outlets, the workers prevailed, forming a union known as Local 22, which negotiated for things such as pay raises, pay equity, and improved working conditions over the next few years.

Local 22 eventually was decertified after being falsely linked to communism and succumbed to anti-union efforts. The movement, however, had pushed Hopkins to the forefront of the fight for civil liberties in Forsyth County—well ahead of the rest of the nation.

Her tireless efforts inspired a generation of activists including the late Earline Parmon, who became the first Black state senator to represent Forsyth County. She called Velma “caring and bold,” saying that she “taught me to stand up for what’s right without fear of being intimidated.”

From helping Blacks prepare for and pass voting tests, to pushing for desegregated schools, to creating committees that assist the elderly and needy, Hopkins spent her life paving a path for other locals to enjoy a better life.

Stomachs have long memories, it turns out.

Dom’s Has A New Name, New Location and a Plant-Based Menu

Plant-based foods are having a moment — from documentaries on Netflix to the impossible Whopper at a Burger King near you, to the recent news …

Bookmarks had the pleasure of hosting Belinda Smith-Sullivan at our 2019 Festival of Books and Authors.

Where Does Your Meat Come From?

The relationship of consumers and food took on a deeper meaning in 2020.

With Velma Hopkins and other activists leading the way, Local 22 helped organize several worker strikes at RJR, including a 38-day strike in 1947 that attracted worldwide attention.