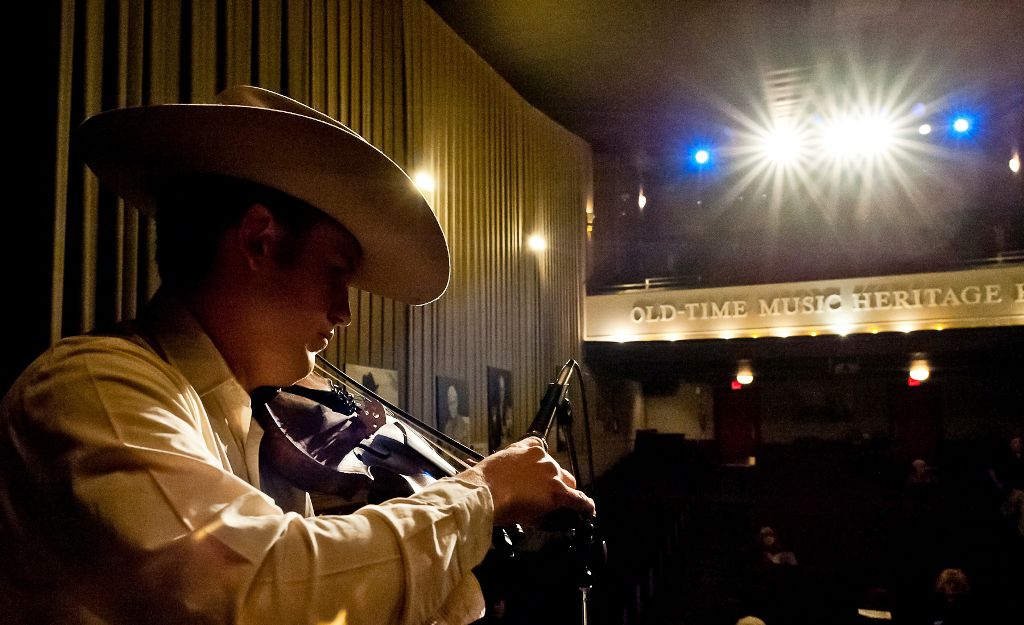 An old-time fiddler plays at the Historic Earle Theatre in Mount Airy. 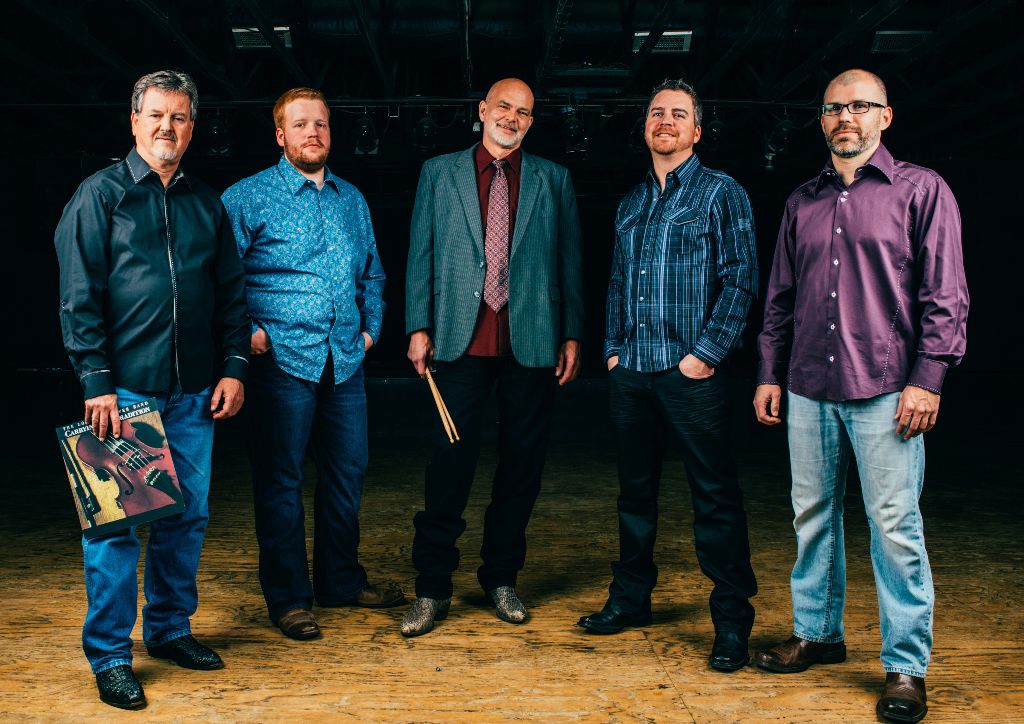 The Yadkin Valley area is known for old-time music, instrumental numbers based around the fiddle and banjo. The Blue Ridge & Beyond music series honors that history by bringing big-name bluegrass and country acts to the Historic Earle Theatre in downtown Mount Airy.

“To attract this caliber of talent to Surry County is incredible,” says Tanya Jones of the Surry Arts Council, which presents the series. “These groups often play in coliseums and very large venues. Seeing them in a small venue like the Earle is a unique experience. To get on stage, the artists have to walk down the aisles right past the fans.”

The Earle will hold two concerts in the series this month: the Bryan Sutton Band on March 4, and the Lonesome River Band on March 31.

Sutton, an Asheville native, combines traditional bluegrass flatpicking with the roots music scene of the 21st century. He won a Grammy in 2006 for his duo with Doc Watson and is a nine-time International Bluegrass Music Association Guitar Player of the Year.

“Music fans who are ‘in the know’ are amazed at this lineup of talent,” says Jessica Roberts, Mount Airy tourism director. “This series brings visitors from all over.”

The late Tommy Jarrell, a native of Surry County’s Round Peak community, was one of the most well-known musicians of the old-time tradition. Jarrell received the National Endowment for the Arts’ National Heritage Fellowship in 1982, and his fiddle is now in the Smithsonian Institution’s collection.

“Many of the groups that have come here are very aware of Tommy Jarrell and Surry County’s old-time music heritage, and they consider it an honor to play here,” Jones says.

The Earle is also home to the Old-Time Music Heritage Hall, which is open seven days a week with music-themed exhibits, audio-guided tours, and a documentary. Each Saturday, the theater hosts WPAQ’s Merry-Go-Round series, which is the nation’s second-longest-running live radio show behind the Grand Ole Opry.

An old-time fiddler plays at the Historic Earle Theatre in Mount Airy.