Claudette Weston still honored with ‘The Annie’ despite NSMA awards ceremony absence this year.
0 comments
Share this
1 of 2 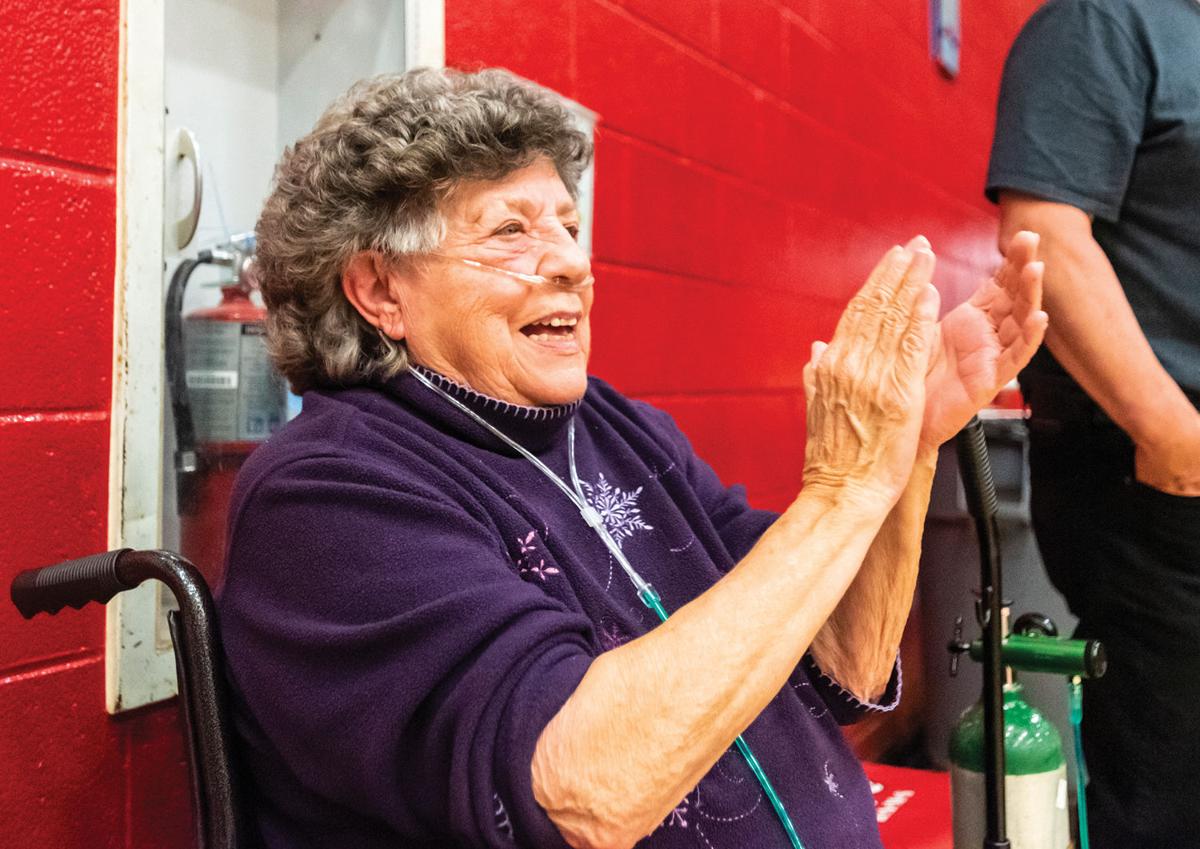 Claudette Weston cheers as Winston-Salem State University players are introduced prior to the Rams’ game against Piedmont International on Tuesday, Nov. 19, 2019. 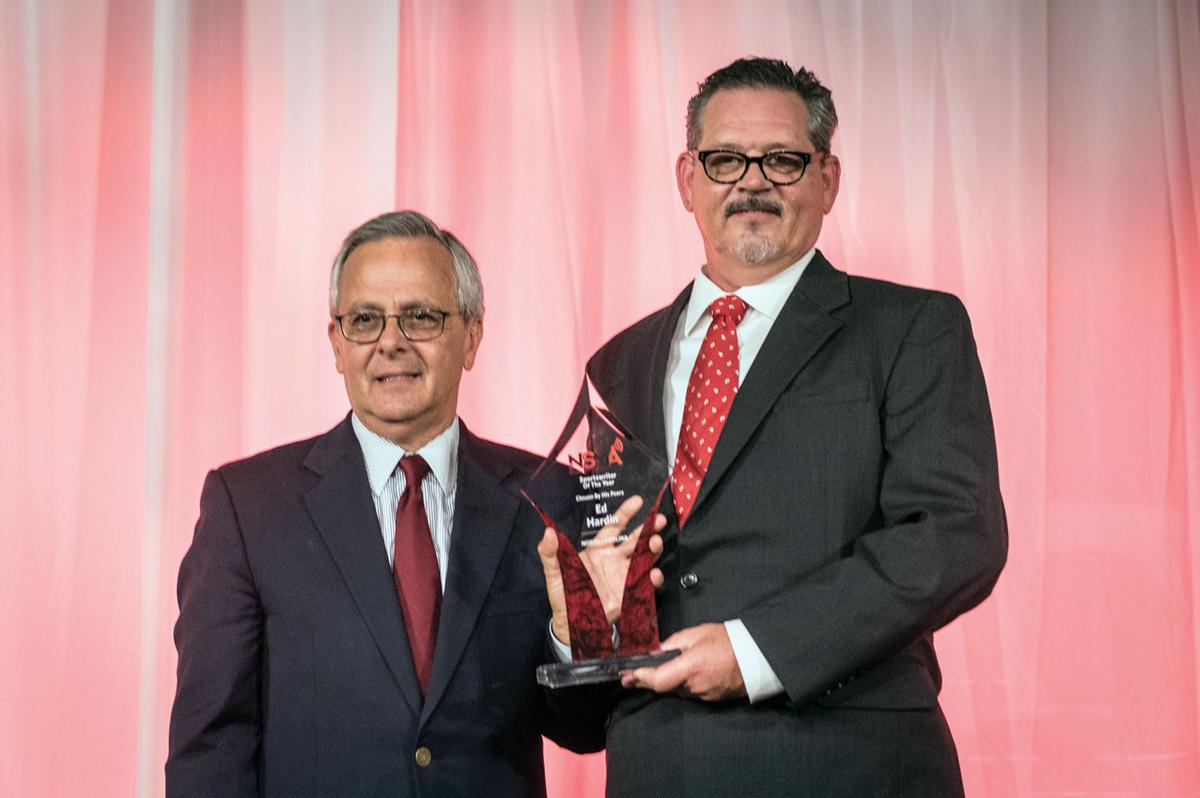 Sports may be “paused” for the time being, but it doesn’t mean we can’t talk about them. Especially here in our hometown, a hot bed of sports for people to consume, whether it be high school, college, or professional athletics.

Though sports is such a big part of the culture in the area, many in the general public don’t know about the National Sports Media Association (NSMA), which calls Winston-Salem home and holds its annual awards for sportswriters and sports broadcasters each June. In it, they honor national winners and Hall of Famers, as well as dole out local awards for almost every state in the country for sports writer and sports broadcaster of the year.

This year’s event was scheduled for June 27-29, but was canceled because of the impact and uncertainty of COVID-19.

It was an easy call, says Dave Goren, the executive director of the NSMA, which would’ve been the fourth awards ceremony in Winston-Salem after moving from its former headquarters in Salisbury.

“We thought the opportunity would be to be a big fish in a medium-sized pond, in a city that’s growing with a great sports vibe. We found all that to be true,” says Goren, who has been a fixture in Winston-Salem for 31 years, beginning with his time as a sports reporter and later sports director at WXII Channel 12. “Now, this [COVID-19] throws a big monkey wrench into linear growth, but everybody else is dealing with the same issue. So, we’re all in the same boat and hopefully, as P.J. Fleck [head football coach at the University of Minnesota] would say, ‘Rowing the boat in the same direction.’”

Each 2020 award recipient will be invited back next year to receive their awards, along with the 2021 winners.

One of those local winners is Ed Hardin, the decorated sports columnist for the Greensboro News & Record. Hardin is from Winston-Salem and has won the N.C. Sportswriter of the year four times — 2014, 2016, 2018, and 2019.

“It’s like a home game for me now but it caught me by surprise,” says Hardin of the cancellation. “I was out there writing and even breaking stories about the ACC Tournament slowly coming to an end, and then everything that followed that. When the NMSA cancellation was announced, I was stunned. It hit home in a way I wasn’t prepared for.”

Had the awards taken place here this year, it would’ve been a stellar class. The national broadcaster of the year is Kevin Harlan, known for college and NBA basketball, and the national sportswriter of the year was Adrian Wojnarowski, an NBA reporter on ESPN. Six Hall of Famers — Dan Patrick, Tom Verducci, and Michael Wilbon, as well as posthumous inductees Skip Caray, Cawood Ledford, and Dick Young — were to have also been enshrined.

But two of the awards have local ties.

One is the Clarence “Big House” Gaines Awards, named for the legendary men’s basketball coach at Winston-Salem State University. Gaines was also the former head of the National Association of Basketball Coaches and was inducted into the Basketball Hall of Fame in 1982. The awards are given to NCAA Division I and II basketball coaches, who receive recognition they may not receive from other media outlets.

Goren knows the importance of having local awards named after someone with the stature of Gaines. “The kind of respect he had among his peers was as much as anybody else in the business,” he says.

Because there was no NCAA Tournament this year, no winners have been announced yet, but in 2019, Kelvin Sampson of Houston won the Division I award and Lonnie Blow Jr. of Virginia State won the Division II award.

Another award with local ties is the Anne Spencer Connector Award, aka “The Annie.” The award is given to a person who has helped to connect the community through sports. This year, that award is going Claudette Weston, who is well-known at WSSU and in the City of Winston-Salem.

And much like many of the award-winners who have come to Winston-Salem the last three years, it allows those people to go back to their respective cities around the country to show what Winston-Salem has to offer.

“The award itself, as cool as it is to be picked by your peers, it’s almost secondary to the gathering,” Hardin says. “They could mail me the trophy and I would put it up beside the others and be very proud. It saddens me to think we’re going to miss a year.”

Claudette Weston cheers as Winston-Salem State University players are introduced prior to the Rams’ game against Piedmont International on Tuesday, Nov. 19, 2019.