Earl ‘The Pearl’ Monroe wins The Annie
0 comments
Share this
×

Earl "The Pearl" Monroe recently came back to Winston-Salem to accept the Lewallen Spencer Sports Connector Award, aka The Annie. In the 1960s, Monroe played at Winston-Salem State University. 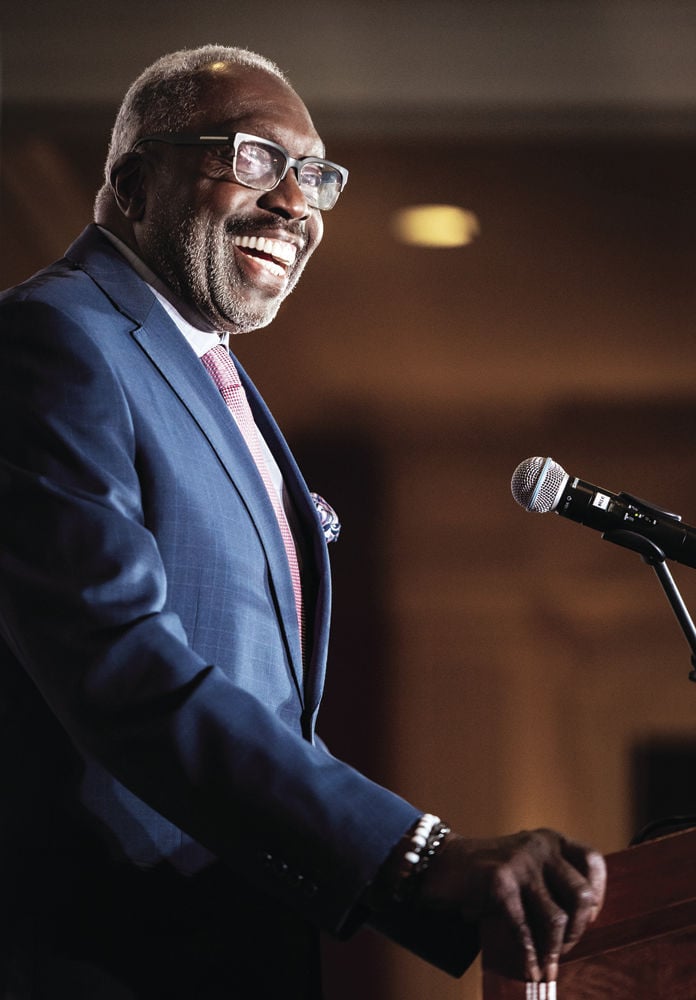 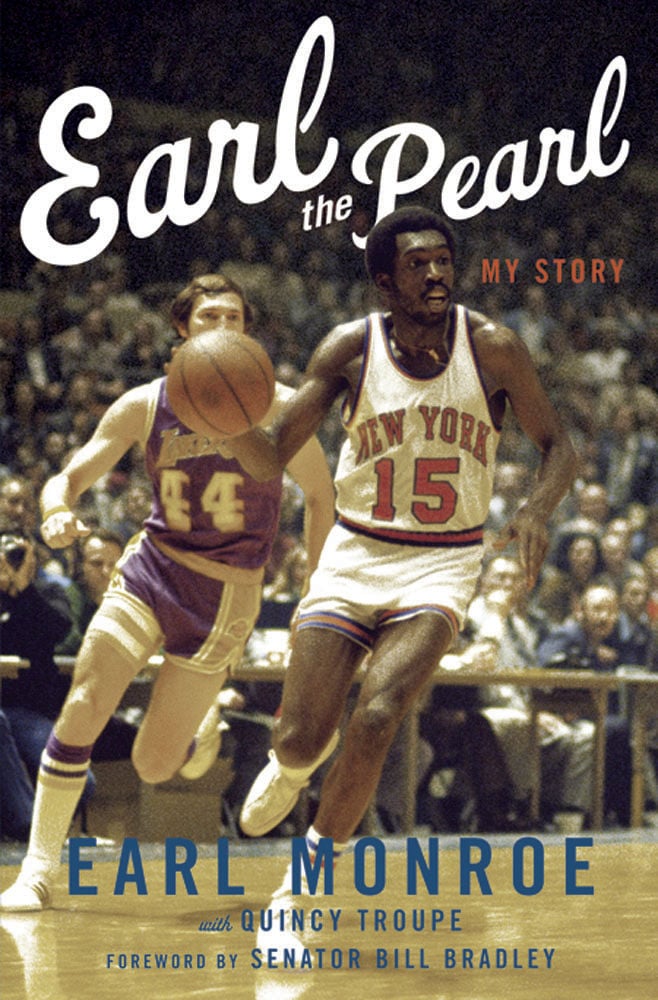 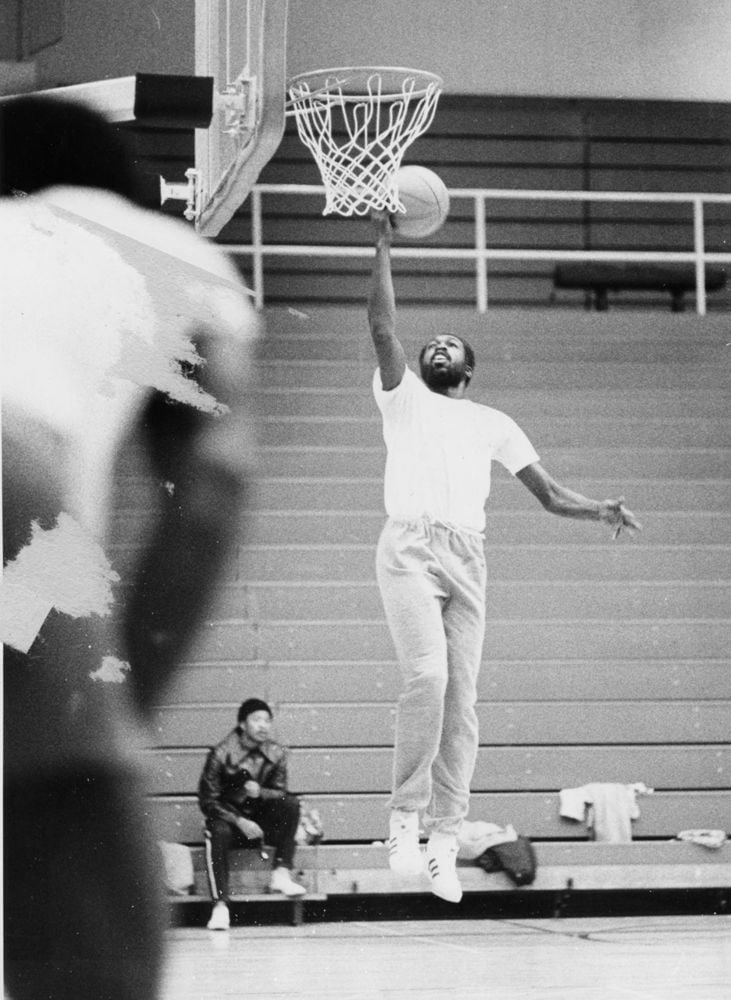 Earl Monroe works out at Winston-Salem State University in 1978.

In April, basketball legend and NBA Hall of Famer Earl “The Pearl” Monroe made his annual trip back to Winston-Salem, a city he still calls “one of my favorite places in the world.”

That love goes both ways.

In the late 1960s, Monroe and his teammates at Winston-Salem State University helped bridge the racial divide in the city when that gap seemed to be widening everywhere else in America.

That’s why Monroe came back this year. The National Sports Media Association presented him with the Ann Lewallen Spencer Sports Connector Award, also known as “The Annie.”

“It’s been a long time since I’ve been in college,” says Monroe. “To still be getting awards for what I accomplished back then is pretty amazing in itself. Certainly, the things I did here couldn’t have been done without my teammates, my coach, and the administration at Winston-Salem State.”

Monroe took quite a journey to get here. While starring in high school in Philadelphia, he had no plans to attend WSSU.

“I hadn’t even heard of Winston-Salem,” Monroe says.

Leon Whitley, who ran a recreation center in Philly where Monroe played pick-up games, played for legendary Rams coach Clarence “Big House” Gaines. Whitley was determined to get the young star to his alma mater.

“Eventually after the third or fourth time [Whitley] asked me about Winston-Salem State, I agreed to check it out,” Monroe says.

Monroe had never been to the South before. On that first trip to Winston-Salem in August 1963, he and a childhood friend, Steve “Smitty” Smith, had to move from the front to the back of their train at a stop in Washington, D.C.

That was his first rude awakening.

The second came after Monroe arrived on campus. He assumed a scholarship awaited him. Gaines assured him otherwise. It was a tryout.

“Fortunately, I made it, took my SATs, and enrolled that fall,” Monroe says.

Homesickness nagged Monroe in his freshman year, but eventually he became the focal point for the Rams, which in 1967 became the first team from a historically black college or university to win an NCAA championship in any sport. He averaged 41.5 points a game that year, earning his nickname “The Pearl” after dropping 51 points in one contest. A local sports writer penned “Earl’s Pearls” to describe Monroe’s many baskets — and the rest is history.

Monroe and his teammates gained such a huge following in their run up to the 1967 championship that they had to relocate their games from its on-campus gym to the city’s larger arena. Monroe says that’s when the team’s impact on the community really hit home.

“All the sudden we’re playing in front of thousands of people, and most of them weren’t people of color,” Monroe says. “We immediately saw it, and it felt strange initially. But as we continued to play and as the adulation for our team grew, we felt more of a fondness and appreciation for Winston-Salem itself.”

That is the essence of the Annie award. Established in 2018 and named for the former president of Goody’s Headache Powders, it recognizes a person who has helped connect the local community through sports. In a Winston-Salem Journal article covering the awards dinner, former Wake Forest star and TV commentator Billy

“The white community of Winston-Salem appreciated what they did as men, as people, and what they represented,” said Packer, one of three speakers on hand for the dinner. “And it was great to see in the 1960s and watch what happened in that 10-year period of time that changed the entire way athletics were thought about, particularly in the way of basketball.”

Earl "The Pearl" Monroe recently came back to Winston-Salem to accept the Lewallen Spencer Sports Connector Award, aka The Annie. In the 1960s, Monroe played at Winston-Salem State University.

Earl Monroe works out at Winston-Salem State University in 1978.