When it comes to Winston-Salem, NBA superstar Chris Paul remains "all in"
0 comments
Share this
× 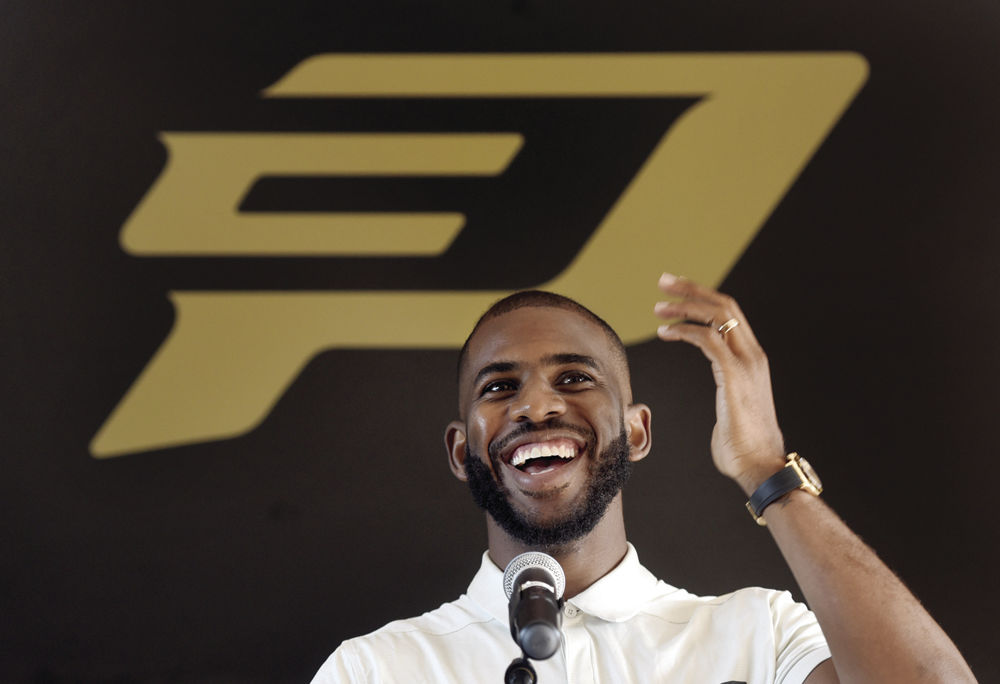 Chris Paul makes comments during an announcement at Old Town Club that he's donating $2.5 million to the university for an expanded basketball clubhouse, locker room, and nutrition center. 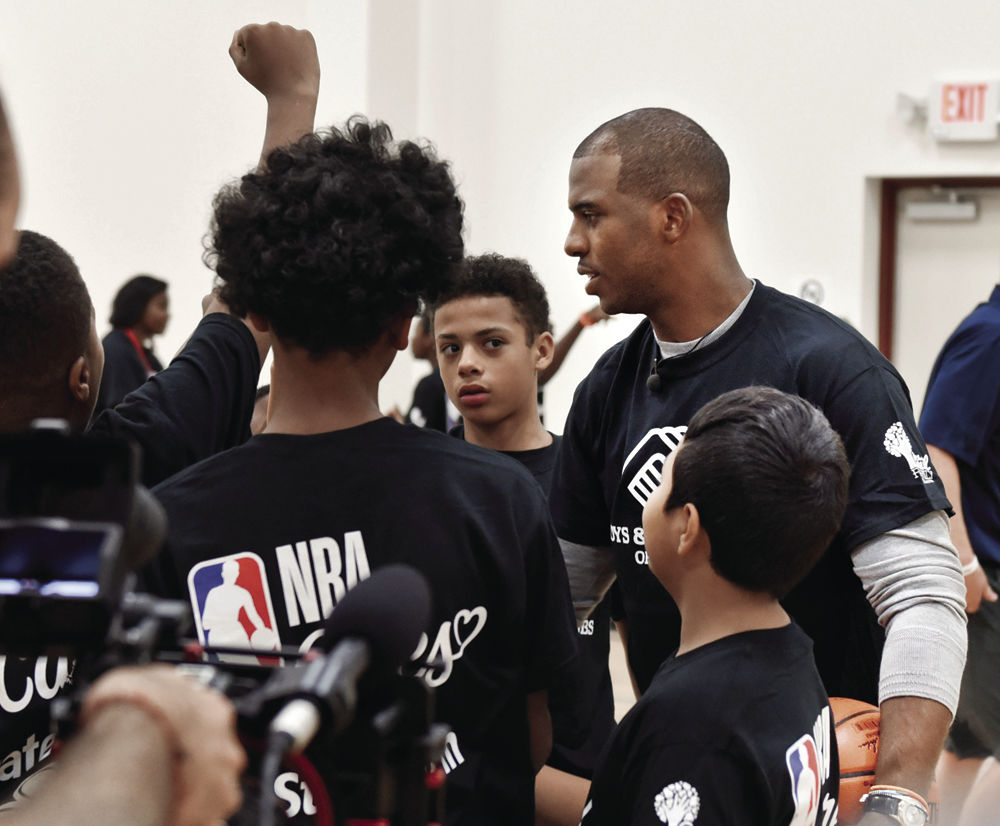 Chris Paul participating in a basketball clinic at the Salvation Army Girls and Boys Club.

When it comes to assists, Chris Paul is as good as it gets. He’s the NBA’s active leader in career assists with nearly 9,000, and he ranks third all-time in assists per game at 9.8. The Houston Rockets’ point guard has made a living out of being a facilitator — someone who makes everyone around him better.

But Paul’s greatest assists don’t typically come on the court. They’re the kind of assists that are largely overlooked by the general public but are powerful enough to improve entire communities. And many of these assists happen right here in Winston-Salem, a place the nine-time NBA All-Star says “will always be home to me.”

“Winston-Salem is who I am,” says Paul, 34, who graduated from West Forsyth in 2003. “My teammates, my friends, my coaches, they all know where I’m from. I’m proud to be here. So when I get a chance to give back, that’s what I’m going to do.

“When it comes to Winston-Salem, I’m all in.”

In this case, being “all in” means finding meaningful ways to give back to the city through his foundation, the Chris Paul Family Foundation (aka the CP3 Foundation). Over the past decade, the foundation has given millions to local causes while also providing scholarship money each year for a Forsyth County senior to attend Wake Forest.

Because of the foundation’s charitable efforts, Paul was named ESPN’s 2016 Sports Humanitarian of the Year. He also earned the NBA Cares Community Assist Award in 2015.

The foundation’s roots can be traced back to Paul’s first season in the NBA when he began holding a celebrity bowling event at AMF Lanes to raise money for local charities. Since then, Paul has given back to the community in a myriad of ways. A quick sampling:

• 2007: He sponsored (and personally built) a Habitat for Humanity home in the Kimberley Park neighborhood.

• 2011: Paul organized a charity pickup game at WSSU that brought NBA superstars LeBron James, Dwyane Wade, and others to town. The proceeds were split between WSSU and the CP3 Foundation.

• 2013: A new computer lab at the Salvation Army Boys & Girls Club was funded by Paul.

• 2015-2016: The CP3 Foundation teamed up with the nonprofit “Shoes That Fit” to give away sneakers to hundreds of local kids.

In addition to his charitable giving, Paul stays connected to Winston-Salem in a number of other ways. He owns a local gym, D1 Winston Salem—Sports Training & Therapy, and is partial owner of the Winston-Salem Dash baseball team. His AAU basketball team, the CP3 All Stars, is also based locally.

In recent months, Paul made a $2.5 million donation to his alma mater, Wake Forest, to help fund new locker rooms and training facilities for the basketball team. The donation is the largest ever by WFU alumni under the age of 35.

Add it all up and it’s clear that Paul has made Winston-Salem a better place. In fact, one could argue that no one has done as much for the Twin City in recent history than CP3, whether he’s offering financial support, spreading goodwill, or simply being a global ambassador for the city.

He’s quick to dismiss any praise, instead giving all the credit to his family—namely his parents, Robin and Charles, who run the CP3 Foundation from their home in Lewisville.

“My family is everything to me,” Paul says. “Since I’m in Houston nine to 10 months a year, they’re my connection to home. They really have a pulse on the city and everything that’s going on, so they fill me in on different ways we can help out.”

To the people in Winston-Salem, Paul has a simple message:

“I just want to tell everybody ‘thank you,’” Paul says. “I’m so grateful for the mentors, teachers, and leaders I had back home. I don’t think you can ever grow as a person if you don’t remember where you came from. Winston-Salem made me who I am.”

Chris Paul makes comments during an announcement at Old Town Club that he's donating $2.5 million to the university for an expanded basketball clubhouse, locker room, and nutrition center.

Chris Paul participating in a basketball clinic at the Salvation Army Girls and Boys Club.