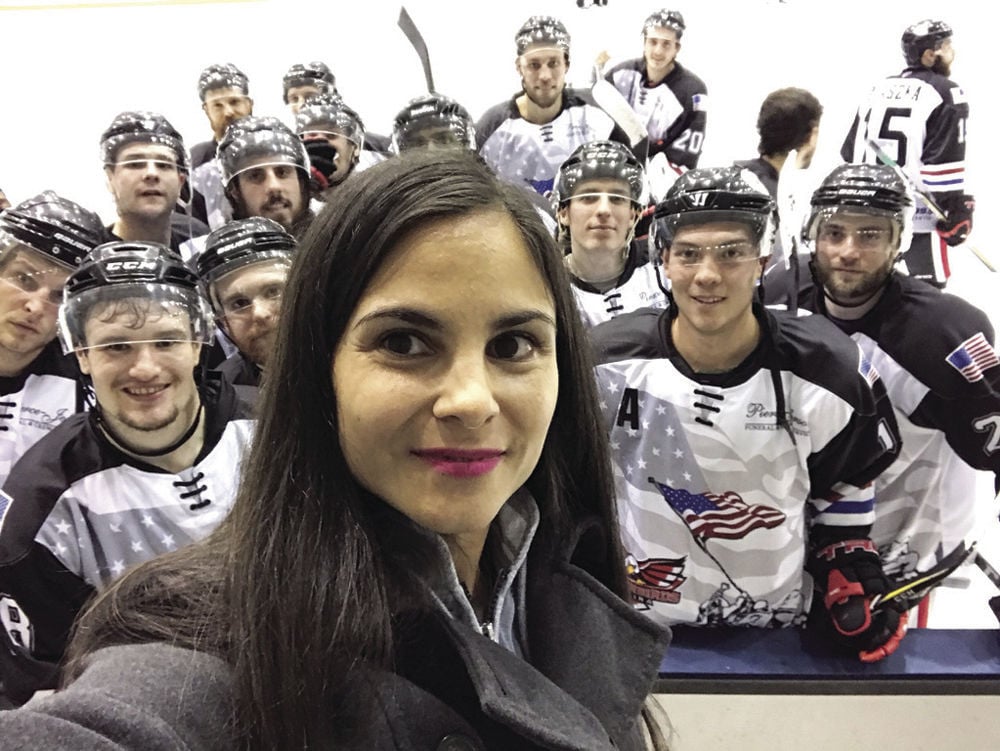 Karolina Huvarova is the trainer and interpreter for the Carolina Thunderbirds hockey team. Last year, she led the team as an interim coach; the second woman ever to coach a professional hockey team. 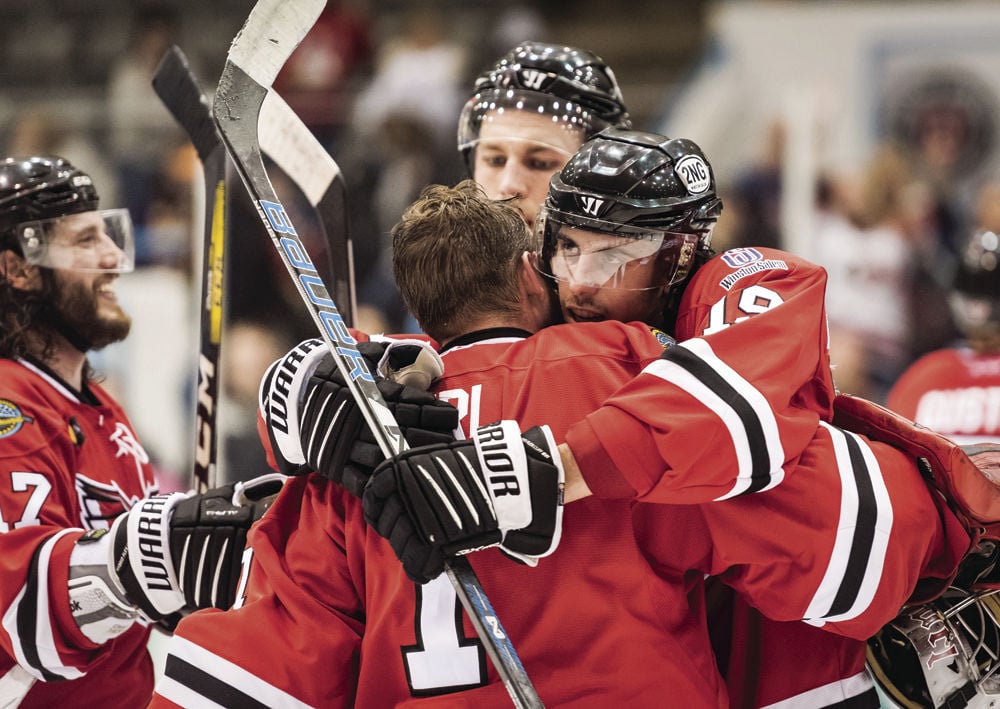 Carolina Thunderbirds' goalie Kelly Curl (1) is embraced by teammates following a federal hockey league game against the North Shore Knights last season. At the start of the 2018-2019 season, Huvarova would go on to lead the team 3-1 as interim coach after head coach Andre Niec was suspended for four games.

On Nov. 1, 2018, Czech Republic native Karolina Huvarova, the team’s trainer and interpreter, took over on an interim basis for head coach (and Huvarova’s boyfriend) Andre Niec, who received a six-game suspension for protesting a referee’s decision in an October game. She says she had no idea she’d be taking over when news of Niec’s suspension came down from the league office.

“[Niec] and our president Scott Brand told me that the players knew me and respected me,” she recalls. “And since I knew Andre’s work and what he wanted me to do, they made it a done deal.”

Huvarova understood how the decision looked. Hockey, like every other pro sport, is a male-dominated field where machismo rules the day. She would appear to be yet another novelty act in a publicity-hungry minor sports league. Right away, she let everyone know that wasn’t the case.

“I’m not just going to be some Barbie doll on the bench,” Huvarova said in a team press release announcing her appointment. “I’m smart when it comes to hockey and fitness, being around it as long as I have, and fans should know that the team is in good hands for these few weeks.”

The quote hinted at her background as an elite bikini fitness athlete. Before coming to Winston-Salem to work with the Thunderbirds, Huvarova represented the Czech Republic in the 2015 World Championships. She no longer competes but is still licensed with the International Federation of Bodybuilding and Fitness.

“Preparations for those kinds of competitions aren’t healthy at all and I don’t accede with them,” she says. “I am doing fitness for pleasure and health. But it was a great experience for me. I learned a lot in that time.”

Among those lessons was how to project confidence. Presenting your body for all the world to see takes some chutzpah, and Huvarova had it. On Nov. 2, 2018, when she stood on the Thunderbirds’ bench for her first game as head coach, she looked like she owned it—despite her nerves.

“I was scared in the beginning,” she says. “The first game I was shaking, but after a while I had fun. It was stressful, but we won and the team gave me the game puck after the game. The next games I felt better and enjoyed my time on the bench. When I think back on it now, I miss it.”

Niec’s suspension was eventually reduced to four games. The Thunderbirds went 3-1 under Huvarova, who returned to doing what she enjoys, training elite athletes. She says fitness training was her mother’s passion as well.

“She always wanted to have her own fitness center for women, so when I was 18 I got my personal trainer license and we opened a gym,” says Huvarova, who started training soccer and hockey teams after earning her master’s degree in Czech Language and Music Education from the University of Ostrava. “Sport and exercise was, and is, part of my life.”

When it comes to training the Thunderbirds, Huvarova says everything is important.

“We focus on building strength, flexibility, quickness, and power,” she says. “When I have a chance, I love to give them very hard leg training but because our schedule is packed, I cannot do it very often.”

Should Niec face another suspension, Huvarova is ready to take over the team again.

“I have the players’ respect and that is the most important thing,” she says. “They didn’t put me on the bench only because I am a woman, but because I know what I am doing and what is expected of me.”

Huvarova’s coaching stint helped her better understand her experience in the broader context of current events. She says she continues to get messages of encouragement and congratulations from people all over the world. Her replies to them are the same.

“Nothing is impossible,” she says. “You just have to take a chance and not be afraid of any challenges life prepared for you.”

Karolina Huvarova is the trainer and interpreter for the Carolina Thunderbirds hockey team. Last year, she led the team as an interim coach; the second woman ever to coach a professional hockey team.

Carolina Thunderbirds' goalie Kelly Curl (1) is embraced by teammates following a federal hockey league game against the North Shore Knights last season. At the start of the 2018-2019 season, Huvarova would go on to lead the team 3-1 as interim coach after head coach Andre Niec was suspended for four games.