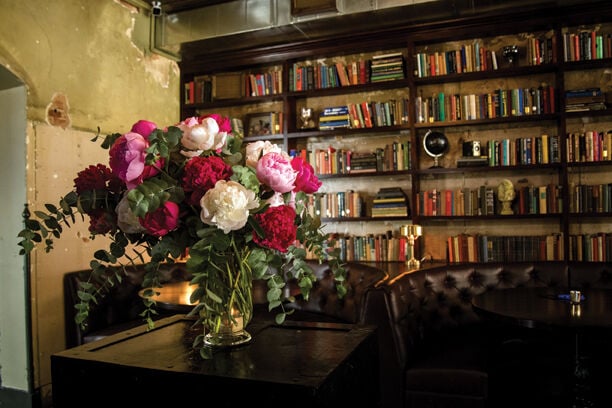 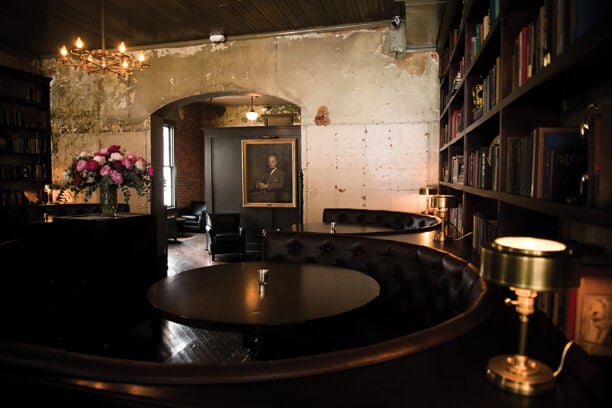 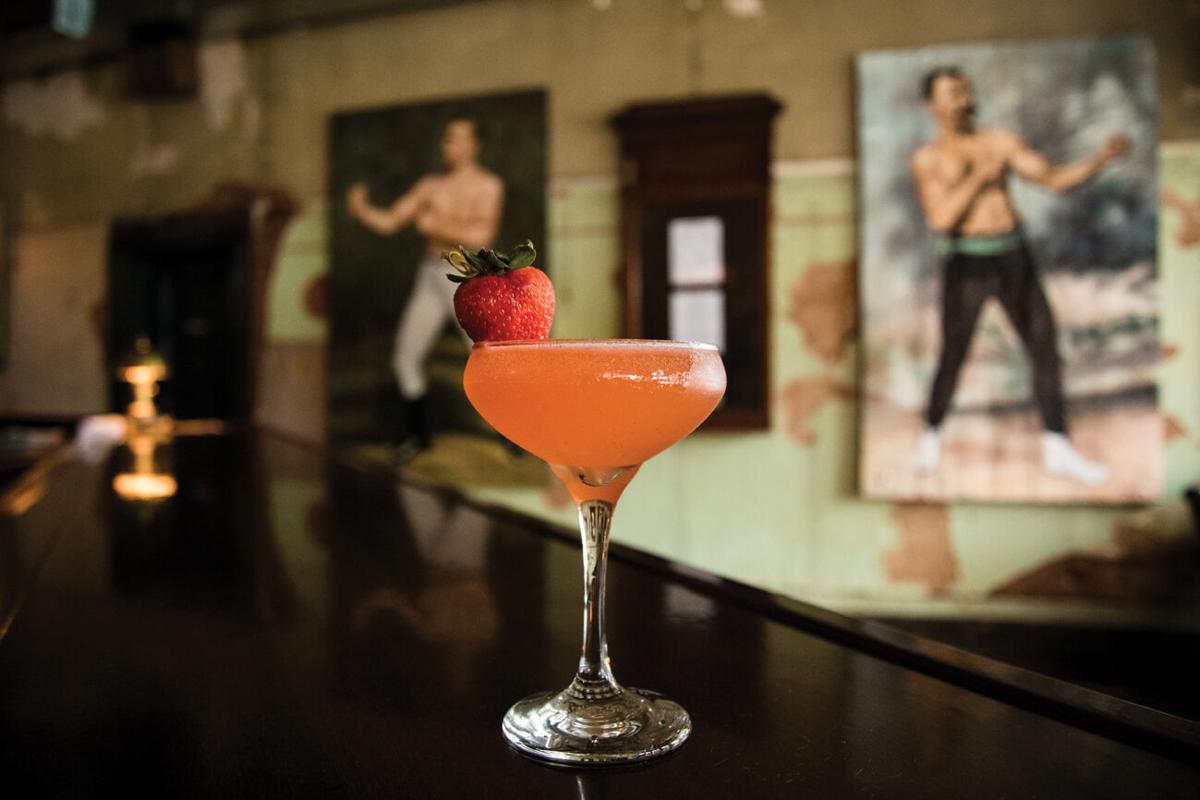 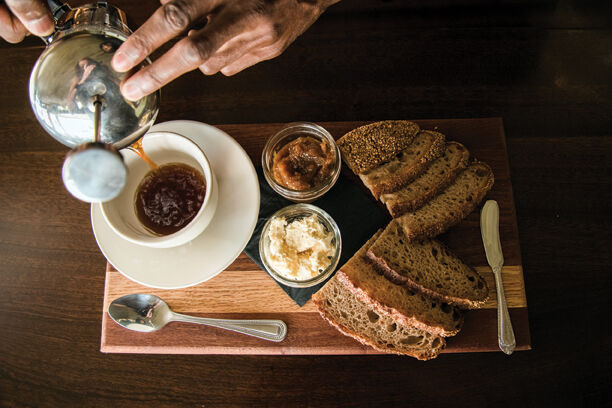 Joyner’s Cocktail Bar is quickly becoming Winston-Salem’s “meeting spot,” and for good reason. Prominently located on the corner of West Fourth Street in the heart of the vibrant West End neighborhood, Joyner’s provides the perfect spot

for a cup of coffee or a classic cocktail. Paying homage to Joyner’s West End Grocery, which was constructed in 1890, Joyner’s is one of the oldest commercial buildings in Winston-Salem.

At the bar’s helm is a dynamic trio that brings almost as much of a kick to the business as the cocktails themselves -- Herbie Gimmel, Joel Ornstein and Wade Robinson.

“We really wanted to create a cocktail menu that brought a real positive experience to the community and highlighted the best of what (Winston-Salem) has to offer,” Gimmel says.

Gimmel and Ornstein opened Earl’s, a whiskey bar and Nashville-inspired food establishment, prior to the opening of Joyner’s. While certain design elements of Joyner’s mirror Earl’s, Joyner’s is an experience of its own.

“Getting the symbiotic relationship between the building and the cocktails took a bit to achieve, but ultimately both reflected well on each other,” Omstein says. “We also really wanted to honor the name. When we opened, the Joyner’s family reached out to us and was smitten.”

The vibe, with its speakeasy feels and vintage charm, is largely credited to Robinson’s design genius. “If you’re going to pay good money for a drink, you should be transported,” he says.

Despite being a California success story, Robinson couldn’t resist coming back to North Carolina when Gimmel and Ornstein opened Earl’s, and Joyner’s shortly thereafter.

“Herbie lives in this area,” says Robinson, who commuted back and forth from California to North Carolina for two years before officially putting down roots three years ago.

“We’d drive past the building, and all three of us loved it,” he says. “When the current bar’s space became available for rent, we were grateful when we secured the lease. The timing was right, especially when you get into historic places like this.”

With its vast array of custom concoctions, Joyner’s offers a bit of something for everyone. Crowd favorites include the Black Gin Rickey (gin, blackberry, mint, sugar and lime), Oaxacan Negroni (mezcal, campari and sweet vermouth) and Mexican Firing Squad (tequila, grenadine, angostura and lime). There is also an assortment of wine and beer available.

Longtime restaurant owner and entrepreneur Gimmel knows the industry’s opportunities and challenges. “I’ve opened many bars and restaurants at this point in my career. Each one is challenging to an extent. You have to get people on the schedule and trained, understand the space, so on and so forth.”

However, Gimmel says Joyner’s is refreshingly different. “We have a really great team that has a great background in classic cocktails. We want to be here for a long time.”

With local favorites like Mozelle’s, West End Cafe and Bernardin’s in Joyner’s backyard, and an assortment of residential and apartment living spaces nearby, the bar provides the perfect spot for an afternoon coffee or something stronger.

“We want to make Winston-Salem a better city. There are a lot of great food and beverage people in this town, and we’re happy to be among them.”