The perseverance of a W-S native helped Bingo Bango Soda Co. grow and now it’s nearly bursting at the seams.
0 comments
Share this
1 of 2 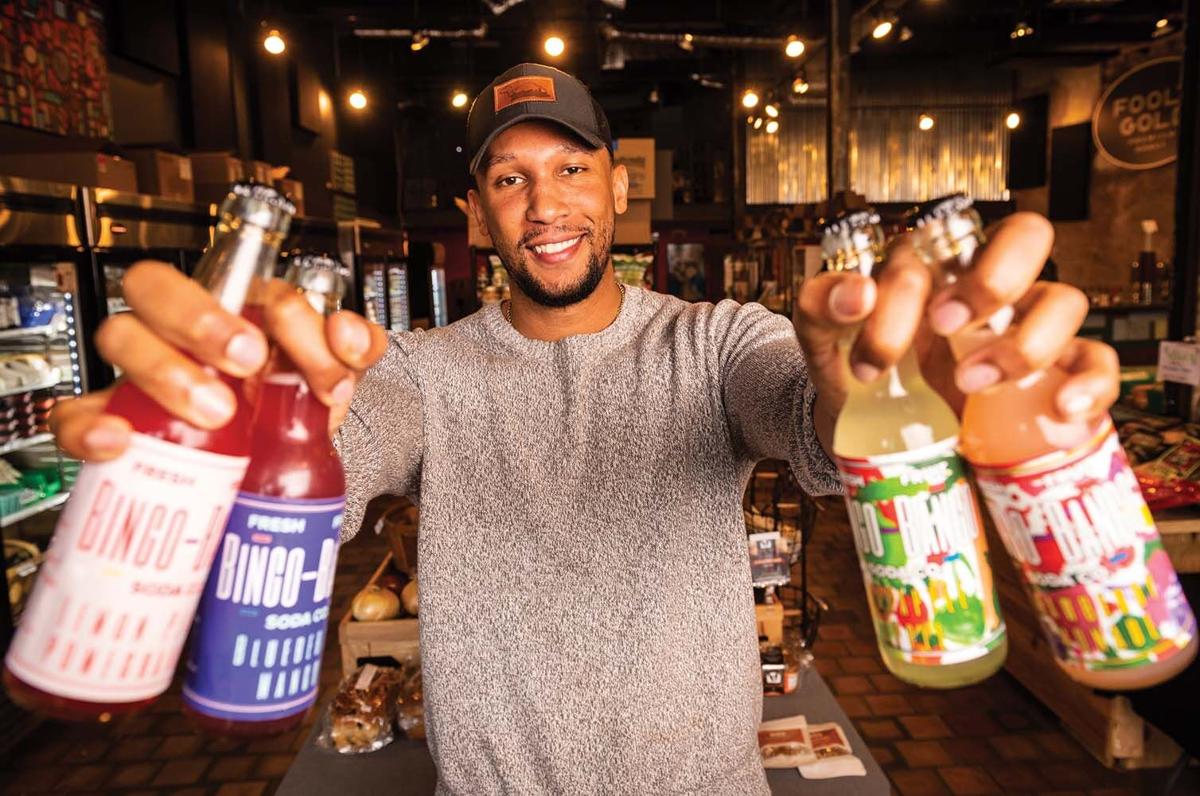 Michael Robinson, founder of Bingo Bango Beverage Co., stands for a portrait with his sodas. After a little trial and error, Robinson now has a successful soda line that all started with a keg full of carbonated sugar water. 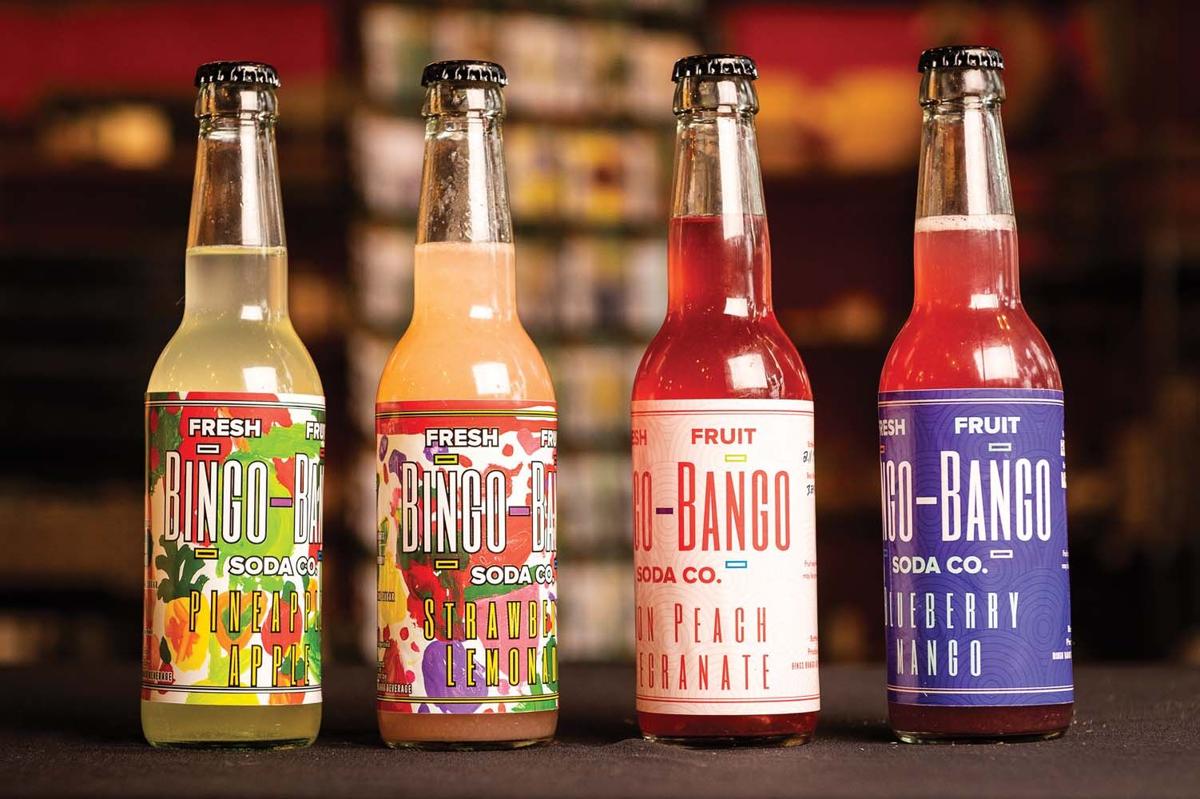 Years later, Michael Robinson still remembers the feeling of being deflated, defeated, and spent; his first attempt at showcasing for his upstart soda at a local farmers market in Charlotte a disaster. Armed with a keg full of carbonated sugar water, some lemons, and a lemon squeezer, three hours in the burning summer heat had turned into one soda sold for $2.

“I had no idea what I was doing,” he says. He wanted to give up on the way home.

Robinson still has those two $1 bills — one is on his refrigerator at home, the other is with his mother. They remind the Winston-Salem native and former UNC-Pembroke basketball player just how far he’s come.

“Basketball was my creative outlet,” Robinson said over the phone in early April. “From high school, to AAU to college, this is honestly the closest thing you can get to scoring a basket; the way the crowd reacts. Since I stopped playing ball, whatever job I’ve worked at I’ve never gotten that feeling. [Making soda] is the closest thing to that.”

His company, Bingo Bango Soda Co., is now a thriving local business, a one-man operation with nearly 20,000 bottles sold now bursting at the seams ready for growth thanks in large part to a craft beer mentality brought to the non-alcoholic soda industry. The fruit-based carbonated beverages come in five different flavors, plus a rotation of seasonal options, and can be found anywhere from local breweries and restaurants — more than 25 individual locations — to a tent and table at some of North Carolina’s craft festivals.

The beverage industry is something Robinson fell into by accident. He graduated with a public relations degree in 2012 before getting a bartending job as his brother’s establishment, Carolina Vineyards and Hops. It was there that he was first introduced to the world of craft beer, during a time when craft breweries seemed to be popping up everywhere. He experimented with his own beer and failed a few times before transitioning to soda.

It was also around this time that he took a sales position with Coca-Cola, an experience Robinson says gave him a deeper understanding of the industry.

“I saw a niche for something, an all-naturally flavored fruit soda,” he says.

He only lasted at Coca-Cola a short while, a parting of ways that Robinson now admits was something of a blessing in disguise. It gave him a chance to put his heart and soul into getting Bingo Bango — named after an often-spoken saying from his grandfather — off the ground.

Robinson’s second festival was much better than his first; this time armed with a tent, a wooden sign, and a banner from his father’s trophy store. He sold out in two hours. Soon after, Bingo Bango was being sold in breweries, diners, and restaurants. It took him about a year to make the company profitable. Now, three years in, Robinson said the company is ready to take on more people and move into its own location in Winston-Salem’s Industry Hill.

It’s tough, he admits, being a small, upstart company competing against the industry’s giants. But while craft beer has found its national niche, Robinson is hoping he can do the same.

“I kind of take what’s left,” says Robinson with a laugh. “Just like the craft breweries do, people have an understanding for craftsmanship of beer and wine. ... I just let the taste speak for itself. I think the company can grow without me having to fight and push. We all can exist, small companies and the giants. There’s plenty of room.”

For now, Robinson is letting his company grow organically. Moving into his own kitchen will help, as will hiring extra hands. His local business has found its foundation. One day, he hopes Bingo Bango can do even more.

“I would love to distribute nationally,” he says.

“I love it,” Robinson says. “I know I need the help, but even when I have a lot on my plate, it’s never stressful. This doesn’t feel like a burden.”

Michael Robinson, founder of Bingo Bango Beverage Co., stands for a portrait with his sodas. After a little trial and error, Robinson now has a successful soda line that all started with a keg full of carbonated sugar water.