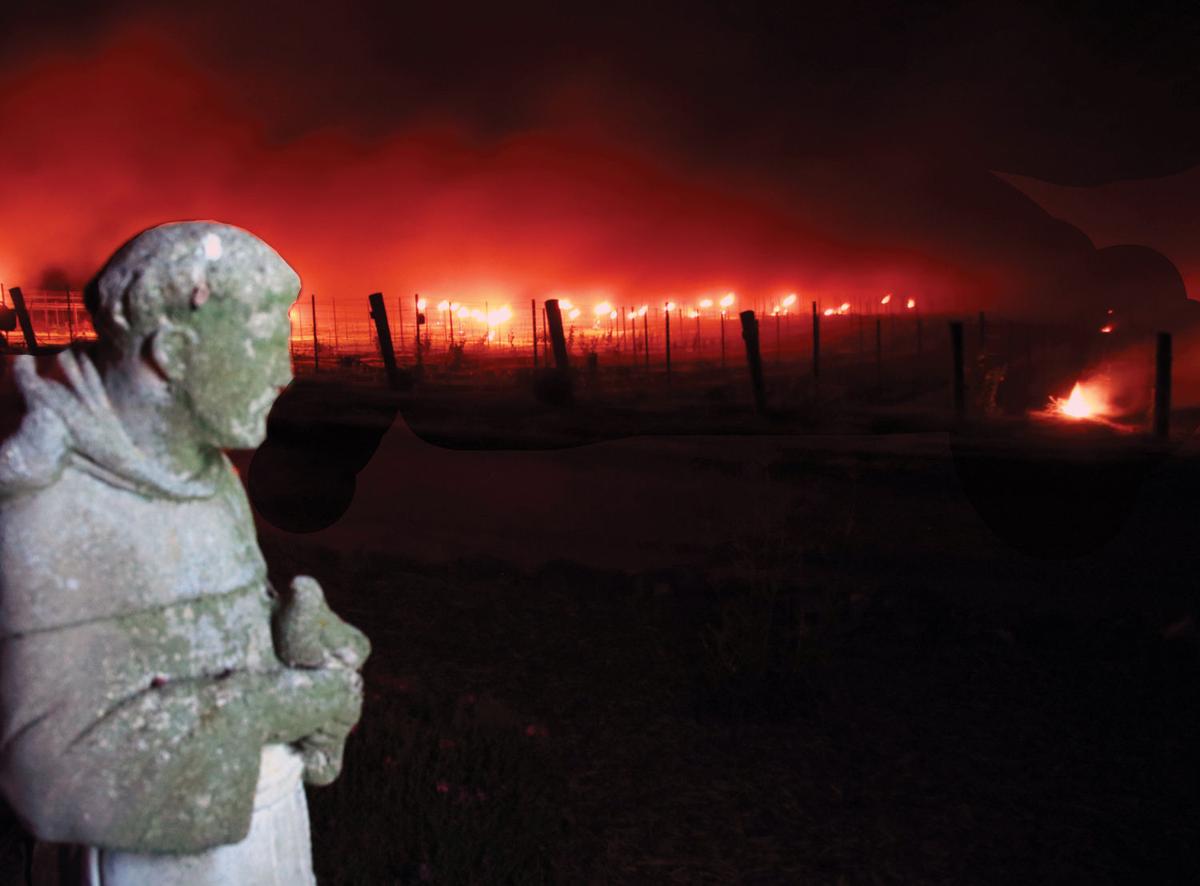 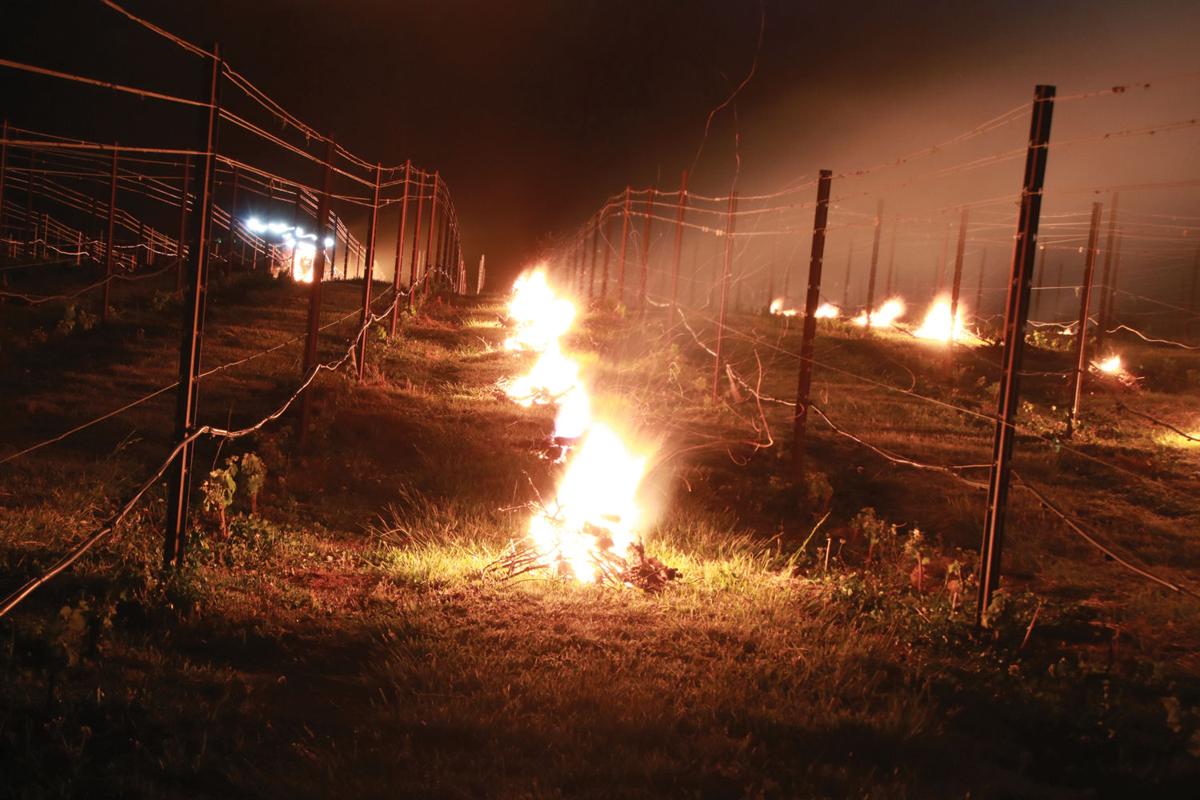 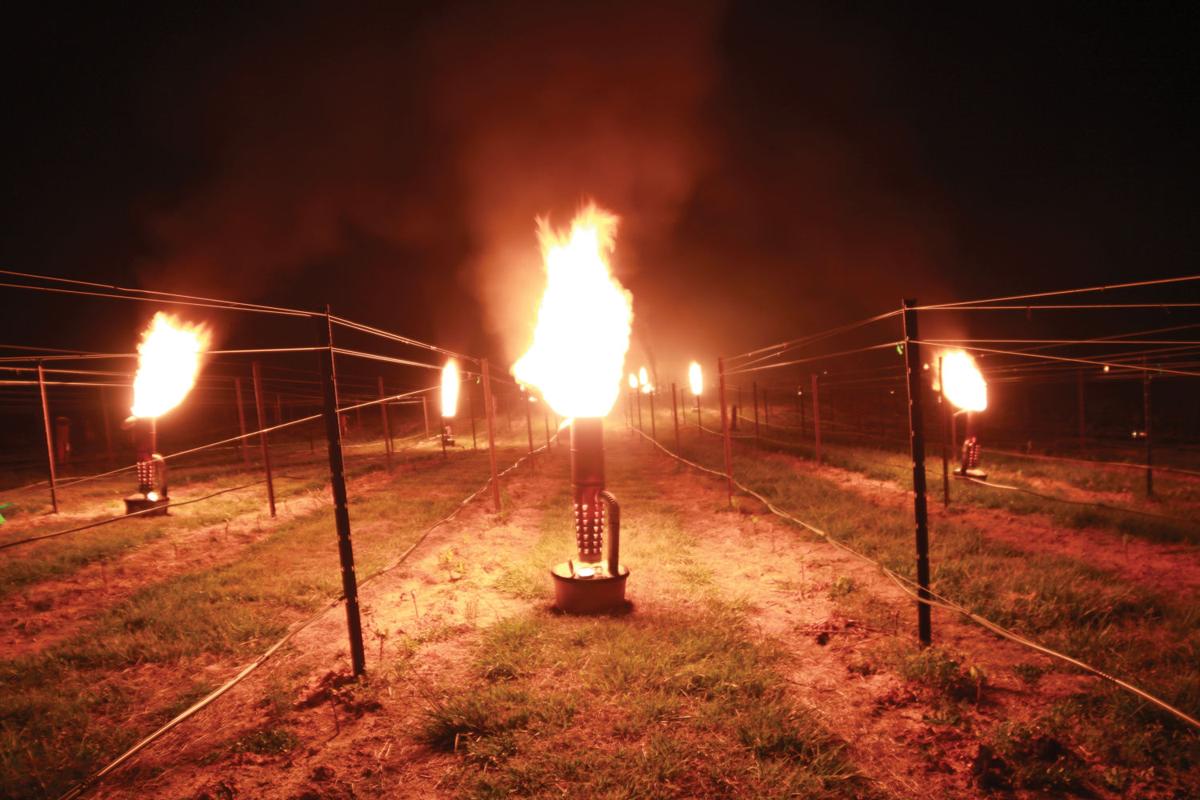 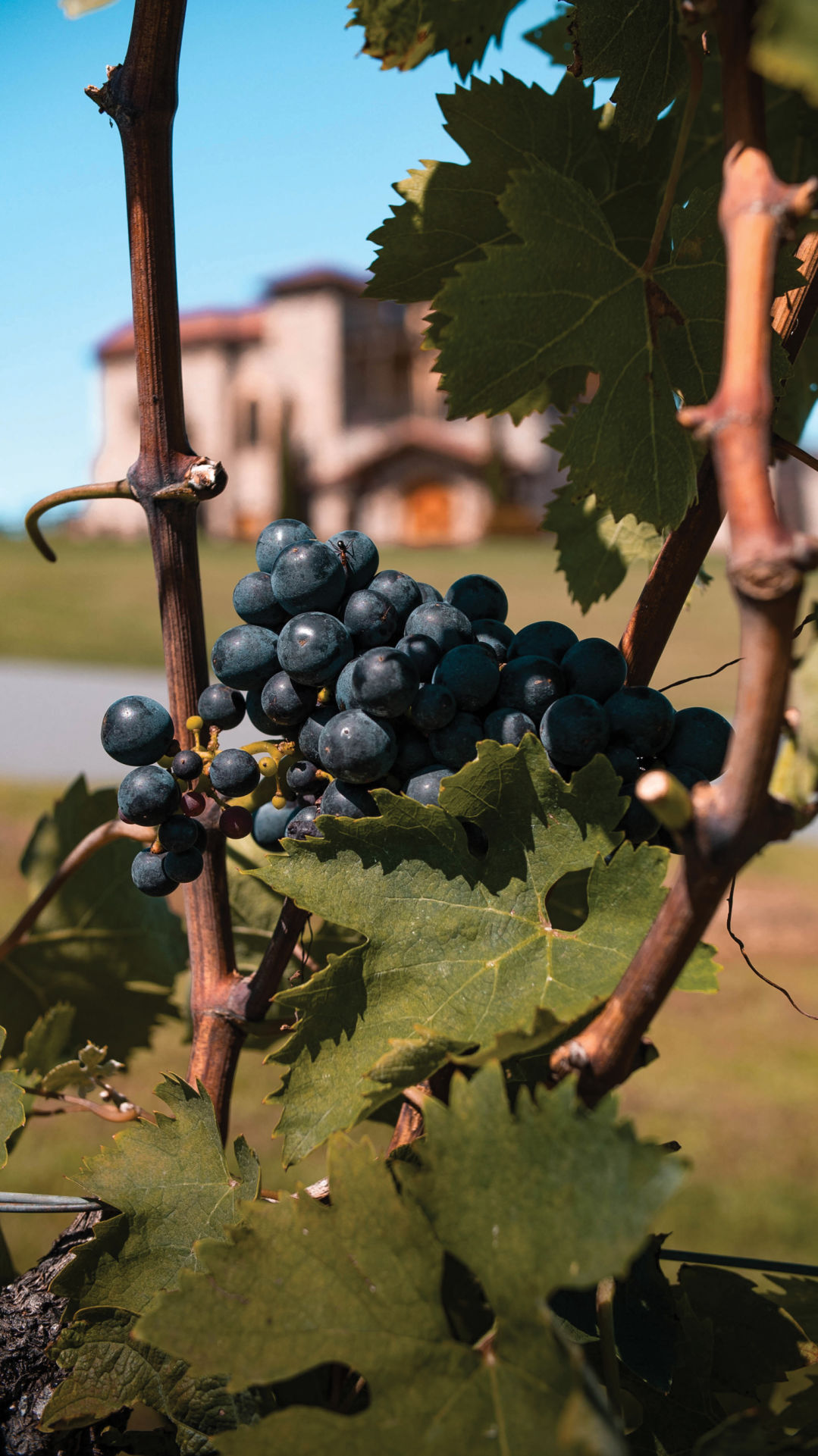 Sometimes the fires can save them, but not this year.

When temperatures dipped below freezing in mid-May, the grapes at Raffaldini Vineyards were in serious jeopardy. The only way to try to save the vines against such a late-season freeze was to try to warm them with fires, coat the vines with water, or get air movement by using a helicopter. Owner Jay Raffaldini chose the fire method, so crews worked for about 12 hours, fanning the flames in an effort to save the grapes. Raffaldini says they’ve had late frosts in the past, but none as late as this year’s freeze.

“Normally, the last frost is in mid-April. To have a freeze in May is without precedent,” he says.

There’s a lot about 2020 that’s been unparalleled for Piedmont wine-growers. Raffaldini says three things had a major impact on his business this year. Two were weather-related, and the third was the global pandemic that shut down much of the country for about two months.

The first spring freeze claimed about 20 percent of Raffaldini’s grapes. His production loss jumped to between 50 and 75 percent after the mid-May freeze.

“Those alone would have been problematic,” he says. “The third [the pandemic] was even more challenging.”

The forced closure of his villa tasting room in mid-March was equivalent to shutting off a main artery to his business. Wineries that sell their wines in supermarkets fare better than small boutique operations like his, which largely sell onsite.

“What really was overwhelmingly positive was the response from our wine club,” he says.

Members could pick up wines at the vineyard cellar door or have them delivered to their home. Raffaldini says they also continued to use social media and virtual tastings to stay connected to customers.

Restaurants, bars, and tasting rooms were allowed to reopen, with restrictions, in late May.

“While we will be open and subject to the governor’s rules for engagement levels, ultimately the recovery of the hospitality industry will depend upon the consumer’s confidence and willingness to venture outside their homes,” Raffaldini says.

Despite the challenges that affected his business this year, his outlook remains extremely positive.

“Any year is a challenge to grow wine grapes when you’re east of the Rocky Mountains,” he says. “You have to be passionate and believe in what you’re doing. If you just look at it like a business, you’re not going to do very well. You have to look at it as a long-term undertaking for future generations, and then it’s worth the great effort.”

North Carolina is in the foundational basis of an emerging wine industry with great promise, he says.

Raffaldini describes himself as an optimist, who he jokingly says is “unusual for an Italian.” His career on Wall Street as a hedge fund manager also helps put things in perspective for him.

“You learn to dust yourself off and get ready to fight the next battle. Things get better over time,” he says. “It’s the inevitability of human progress.”