Winston-Salem’s rich brew culture is going strong and has something for every beer palate from traditional American Pale Ales to European style – German, Belgian and others.

Most know that beer starts with four main ingredients –water, barley (and other grains), yeast and hops – but that is where the similarities in the brewing process end.

The interpretation of beer is varied and diverse, but from small batch operations to large production facilities, one thing all brewers have in common is a passion for their product. One that keeps them working long hours, nights and weekends.

Lesser-Known Beer Company is the newest kid on the beer block in Winston-Salem’s growing beer culture. A former gas station that is stone’s throw from Old Salem will have new life under the helm of Will Loring and his partner Ryan Gramlich when it opens in late June. The duo is adding its own take on the beer industry with a philosophy that begins with its name – to make “lesser known” beers with specific fermentation styles.

The gas station had the character they wanted and was a nod to the unconventional – a perfect backdrop for their lesser-known beer style.

What sets Lesser-Known apart is its style of long-lagering times, which are typical for certain German lager and Czech style lagers, along with open fermentation tanks which are still used in parts of the Czech Republic and Germany.

The men have has made multiple trips to Germany and the Czech Republic where they source their hops and malt. Specialized equipment has also come from Europe.

Lesser-Known will brew beers at lower alcohol volume (3-4%) – Czech Pale Lager, Kellerbier, Helles, even a 3% German Schankbier beer, along with a traditional American Pale Ale. Lagers will be poured directly off their lagering tanks to provide the freshest beer for patrons.

The small business will pull on the concept of family and being a neighborhood bar.

“We hope our fresh, unfiltered lagers are more characterful (like our building),” Loring says. “And, we want people to be able to hang out here, have a few beers at a low ABV, and still go about their day.”

“It is easy to make beer, but it is very hard to make great beer,” Loring says. “There are four ingredients, but there are a thousand other things that need to go well. It is a delicate balance of art and science.”

Aaron Wall and Eric Peck, the co-owners of Radar Brewing Company, put in their time in the industry at other breweries like Wicked Weed, Brooklyn Brewery, and Foothills Brewing, and quickly learned that making beer is much more than it appears on the surface.

“This business is unique because of the many different moving pieces involved from production to event planning to building a brand and relationships with both consumers and retailers,” Peck says.

Radar opened a mere two months before COVID shut the world down in 2020.

“It was a unique challenge and taught us to pivot fast,” Wall says. The hands-on team did much of the work themselves, from plumbing to painting and building their bar.

The small-batch brewery embraces its size, which allows for a variety of one-off beers and styles with experimental yeast strains.

“American beer has been focused on malt and hops, but we also like to experiment with yeast as a significant driver of flavor,” Wall says.

Being small also allows Radar to introduce new beers on a consistent basis. Popular beers at Radar are their Odyssey Belgian Golden Strong Ale, brewed with coriander and sweet orange peel. In Stereo is a favorite Italian pilsner popular in the summer. Reflection IPA is usually on draft – it was a gold medal winner at the NC Brewer’s Cup in their first year.

“This is a fast moving business with beer styles that come and go frequently, which forces you to evolve with the industry,” Wall says. “It is labor-intensive work (including up to 60% of time concentrated on sanitation and cleaning). The process itself essentially takes the same amount of time, whether you’re creating 100 gallons or 500 gallons. Starting with more capacity than you had planned is a commonly misunderstood point among many small American brewers.”

Peck agrees. “The same principles apply to the business side of things too,” he says. “Building a brand rarely happens organically in our industry, and if your perspective is, ‘Build it and they will come,’ you’re likely in for disappointments.”

Foothills Brewing has the distinction of being the city’s first brewery which many credit as starting the city’s brew scene. It was the state’s 19th brewery (now 400 and counting).

Foothills’ large operation has three locations with a brewing facility that also houses a taproom, a brewpub and restaurant and a café/event space next door to the brewpub.

Owner/founder Jamie Bartholomaus has spent his entire professional life in the beer business, starting during college in Georgia. He is a recognized leader in the industry as well as a mentor who has guided others, some of whom went on to open their own local breweries in Winston and around the southeast.

He is a well-known advocate for the industry and on the Board of the North Carolina Brewers Guild.

When Foothills opened in 2005, it was, like most breweries at the time, a brewpub with a restaurant (taproom style breweries were not popular yet).

The following year, Foothills had one of the first specialty beer releases in the Southeast with its Valentine’s Day beer Sexual Chocolate Imperial Stout.

Now, special beer releases occur weekly at the many craft breweries across the country. Core brands are best sellers such as the flagship Hoppyum IPA, accounting for more than 50% of sales. Jade IPA and Thousand Smiles Golden Ale, are award-winning beers and tops sellers.

Challenges are many in the fast-moving industry. Pricing (and subsequently profitability) is currently a challenge because of the war in Ukraine, supplies 20 percent of the world’s grain. Barley and other grains as well as hops are agricultural products that change year to year and Bartholomaus says forecasting and contracting raw materials is key to keeping a consistent product on the shelf for customers.

Being an entrepreneur is hard work, and Bartholomaus has cautioned more than one prospective brewer not to go into the business.

“People have a glamorous view of the alcohol industry,” he says. “It is not. It is being a business orchestrator and forecaster, working crazy hours (he used to pass his wife, Sarah, who works with him, driving home at 4 a.m.), and wearing many hats.”

The hard work paid off for Foothills, which was profitable by its third year in business. with Today, the family-owned business is woven tightly into the community with its popular running club, and promotes charities throughout the region its successful Craft Happiness Project beer series and other special events.

Visit Winston-Salem suggests that you create your own walkable “Craft Draft Crawl” in downtown Winston-Salem. These breweries are within a 1.5-mile radius of each other:

WINSTON-SALEM – Since the early 20th Century, Norman Stockton has been dressing local men from the bank floor to the golf course.

What was old is new again. Vintage clothing is creating a hot flash in the fashion industry that has reached the masses (or mass proportions).…

When Nikita Wallace worked in the front office of a school, she noticed that the kids who got in trouble were often the creative ones.

Watch for these fall fashion trends 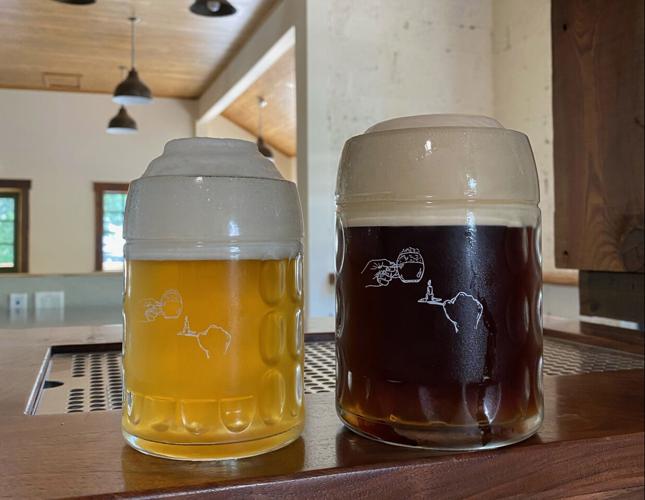 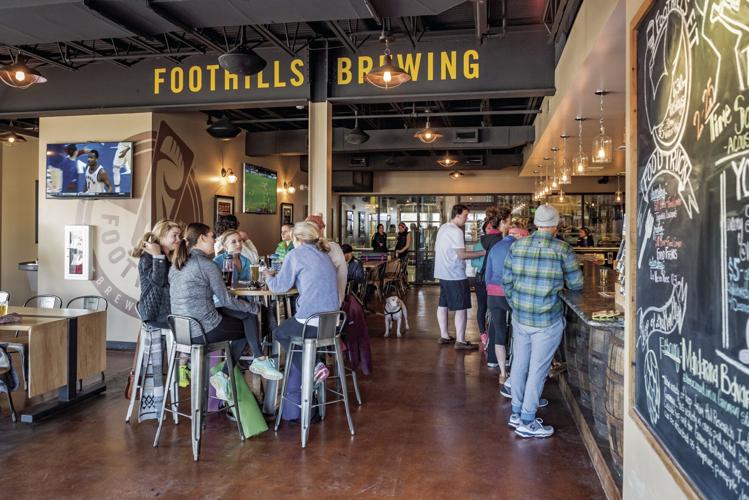 The family-owned Foothills Brewing is woven tightly into the community. 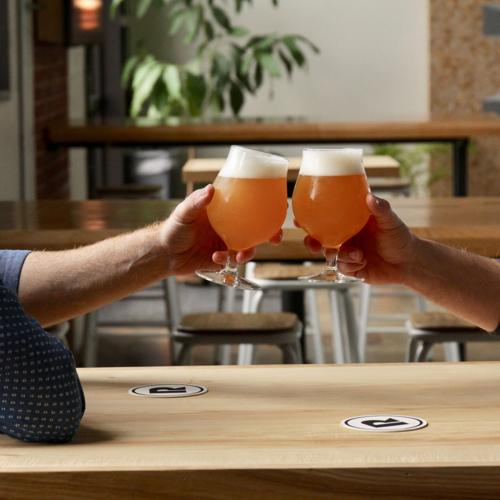 Being small allows Radar Brewing to introduce new beers on a consistent basis,