When most people think of muscadines, they think of sweet wines, fruit juices, jams, and jellies. But there’s much more to the fruit than its sweet taste.

“The reason I was interested in muscadines is they have an enormous number of phytonutrients that act to improve our human health through either regulating genes or regulating metabolic processes,” Wagner explains. “You can think of human health as under the control of all our genes: Some are bad genes, and some are good genes. Muscadine grapes have different phytonutrients that stop bad genes and others that help good genes.”

Wagner, who’s also a fellow with the American Heart Association, adds that muscadines have more antioxidants than any other fruit in the world. The grape’s phytochemicals are believed to help improve cardiovascular health, reduce problems from arthritis, and boost brain health. They also help improve memory, aid sleep at night, and assist with digestion.

There are 50 to 60 varieties of muscadine grapes, and they differ in their health benefits. Wagner and his crew use the skins of grapes from a few vineyards to make their Muscadine Natural products.

“The skin has the most health benefit,” Wagner notes. “The skin doesn’t have simple sugars, and it has a good amount of fiber.”

After the grapes are harvested, Wagner’s crew dries out the skins naturally and makes them into a phytonutrient-rich powder, which is then encapsulated into a pill.

While the company’s headquarters are in Clemmons, its production factory is in the eastern part of the state. During peak production, Wagner says the factory employs up to seven people. They sell wholesale to the Mutual Drugs drug store consortium, many mom-and-pop drug stores, and as far away as Belgium and London. They also sell the powder wholesale to large companies who use it in everything from nutritional drinks to soaps to spa products.

Muscadine Naturals currently has three products available in retail outlets: (1) MuscadinePlus™, which can be used as a general antioxidant and also with joint problems; (2) MuscadinePlus Heart Healthy™ for improved cardiovascular health and arteries; and (3) BellaFemme™, a muscadine-cranberry dietary supplement for women’s health. The products cost around $25 to $30 for a one-month supply.

Despite having a slew of documented health benefits, muscadines have never really managed to make it into the national limelight. That could soon change, though.

In addition to these findings, another published paper shows that some of the polyphenolics in muscadines may stop Alzheimer’s progression in mice.

Investigating additional health benefits of muscadines and discovering new compounds to improve human health intrigues Wagner. “There may be some eventual help for disorders by studying complex fruits (such as muscadines) that have traditionally been understudied,” Wagner says. “Our mission from day one has been to have this product be taken by as many people as we can, because we think it’s so good for your health.”

In addition to the health benefits, Karen Wagner, COO of Muscadine Naturals (and Bill’s wife) says that the muscadine industry offers an option to former tobacco farmers who are looking for a different crop to grow.

“Farmers need a substitute,” she says. “More people are recognizing muscadines are a healthy crop to grow. The grapes are good for North Carolina, good for the farmers, good for everybody.”

You can find Muscadine Naturals products locally at Whole Foods and Mutual Drug stores (such as Marley Drugs). To order online, go to muscadinenaturals.com. 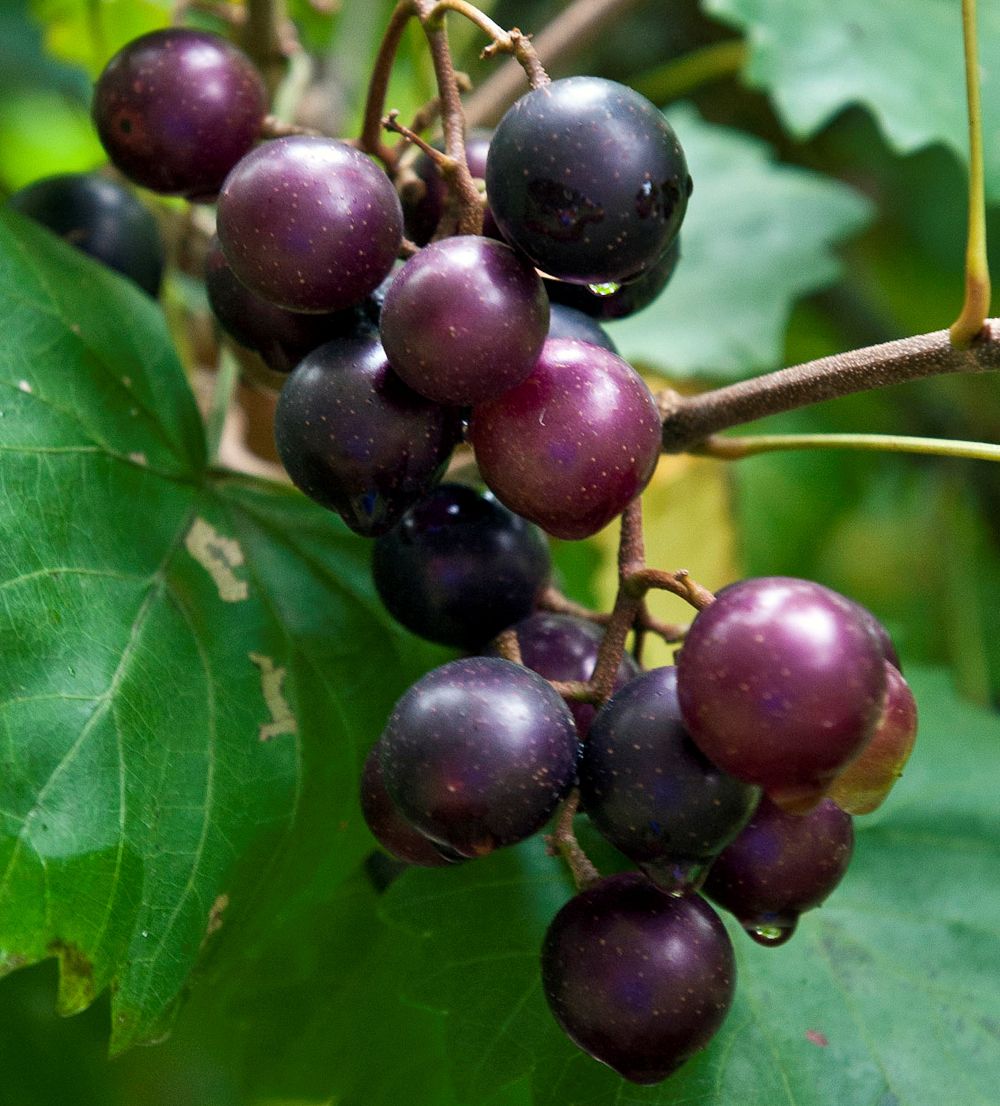 Muscadine grapes, the official fruit of North Carolina, are said to have a wealth of health benefits. 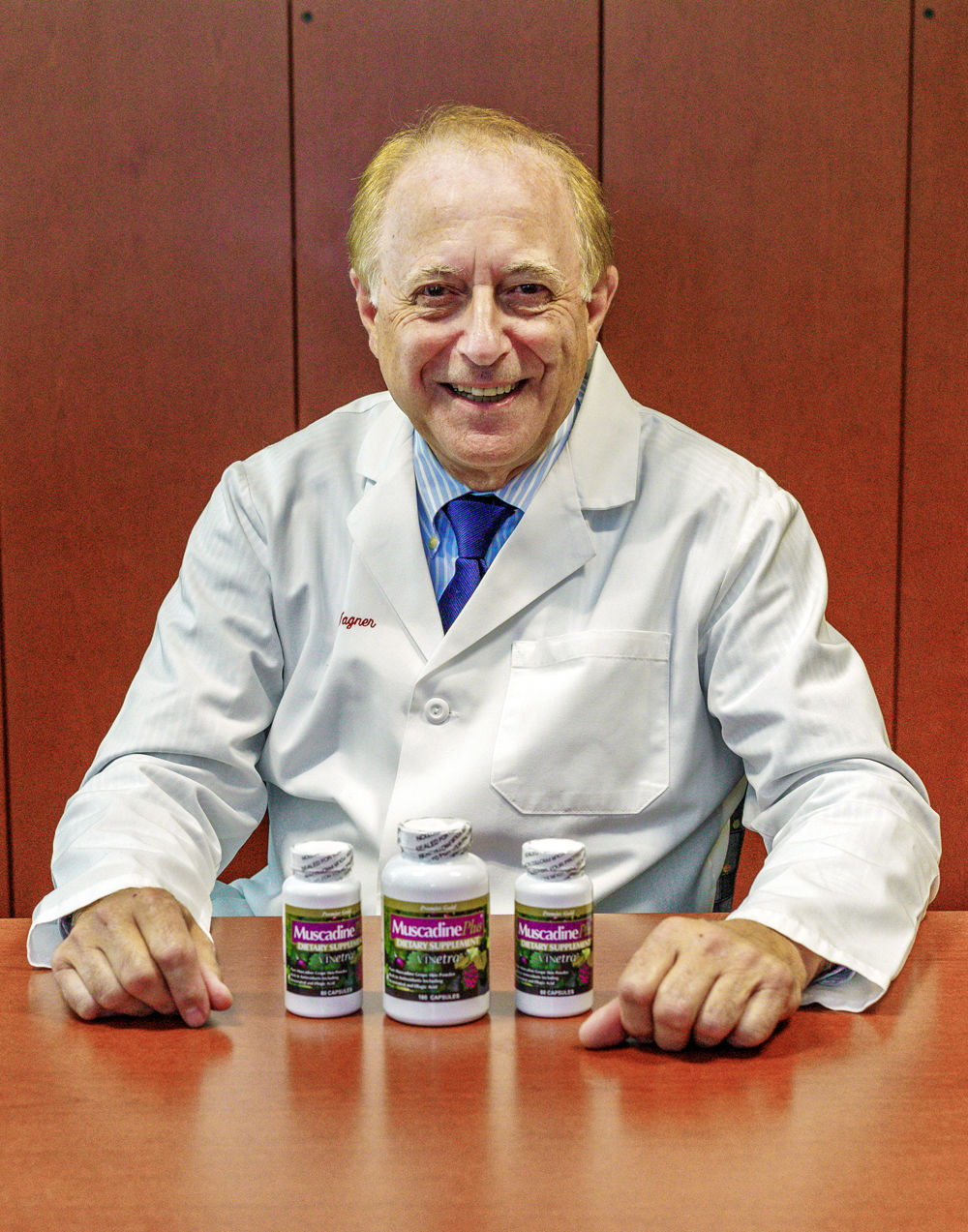 Bill Wagner, a trained nutritional biochemist, is the founder of Muscadine Naturals. 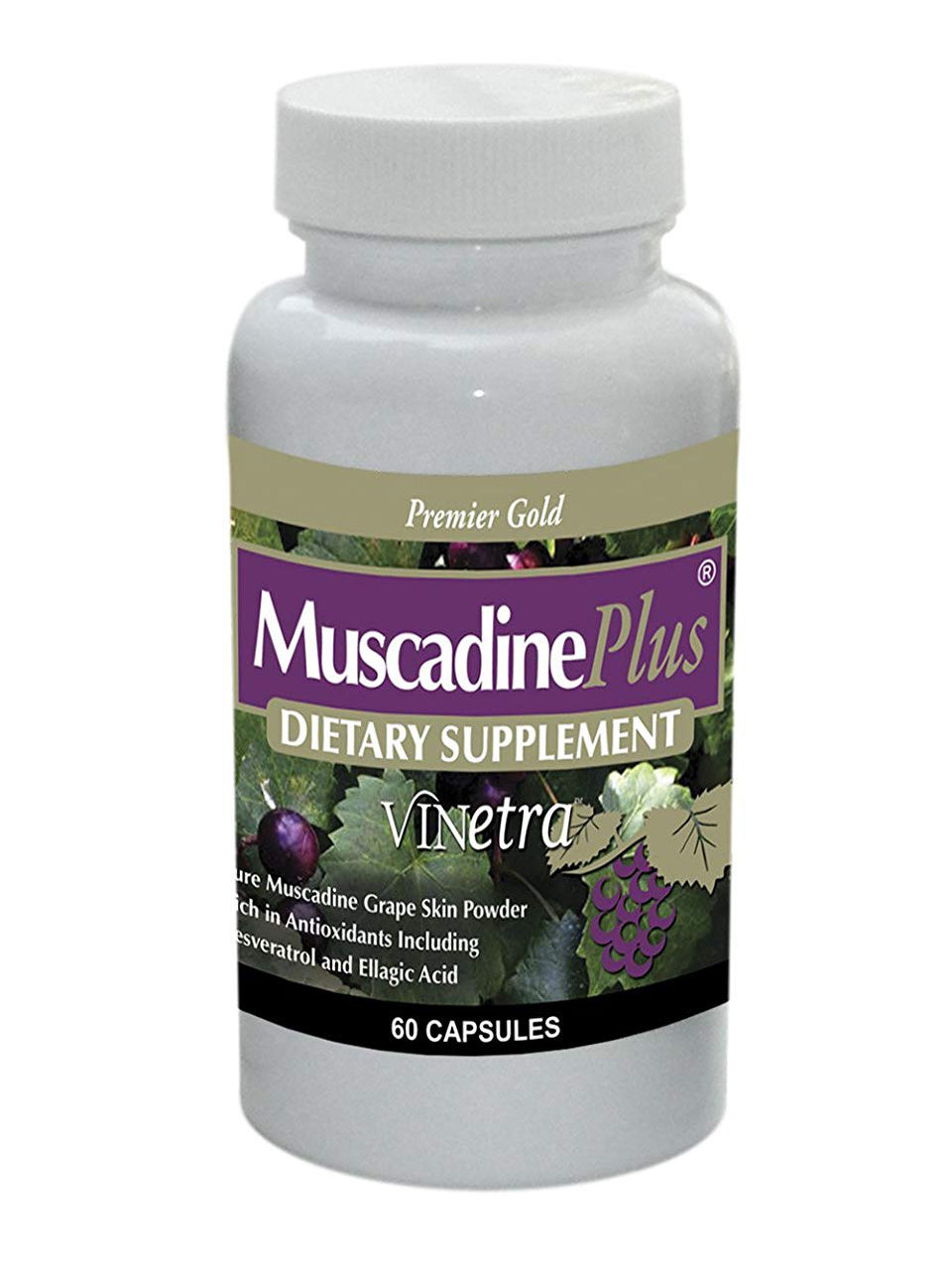 Among the products made by Muscadine Naturals is MuscadinePlus™, which can be used as a general antioxidant and also with joint problems.