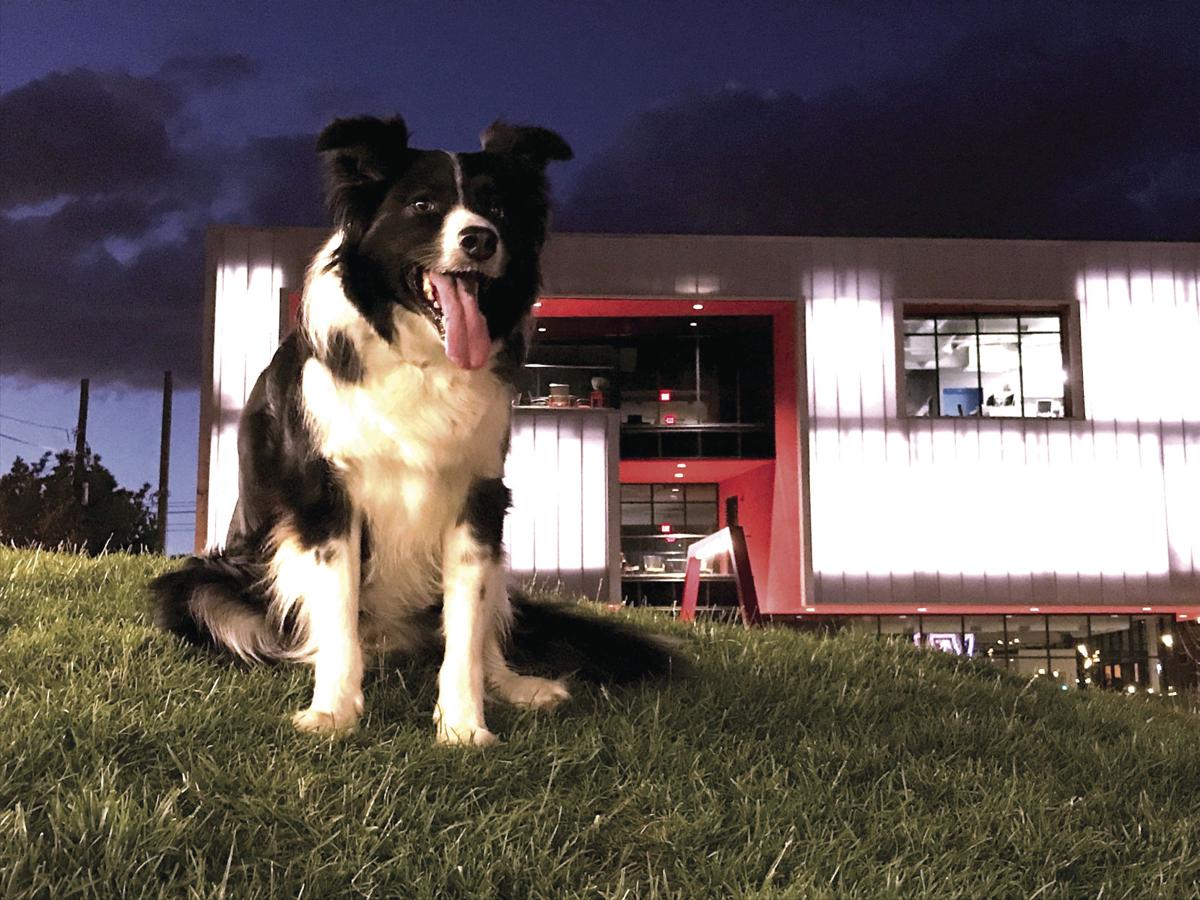 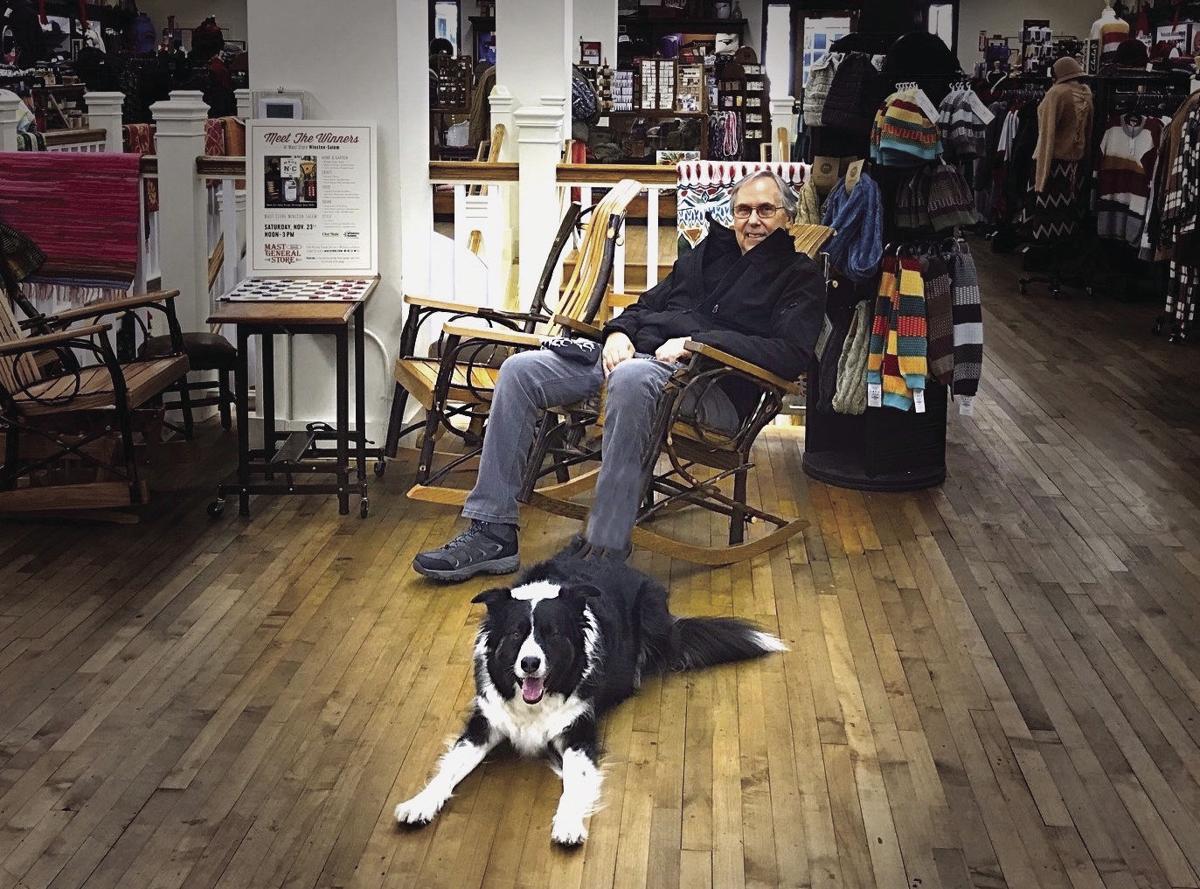 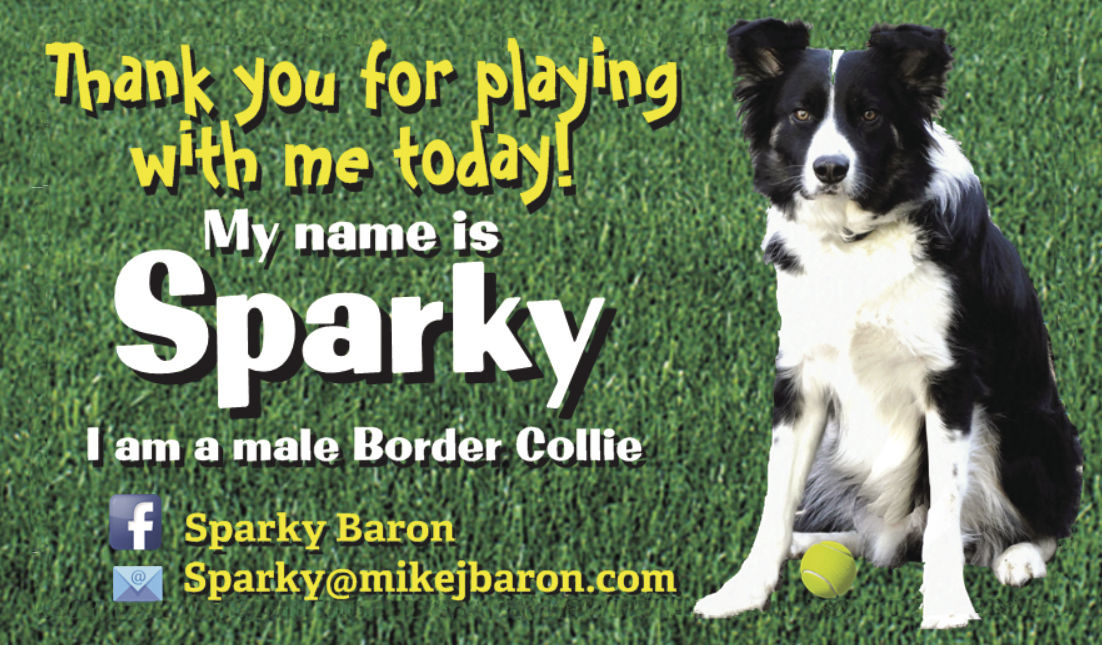 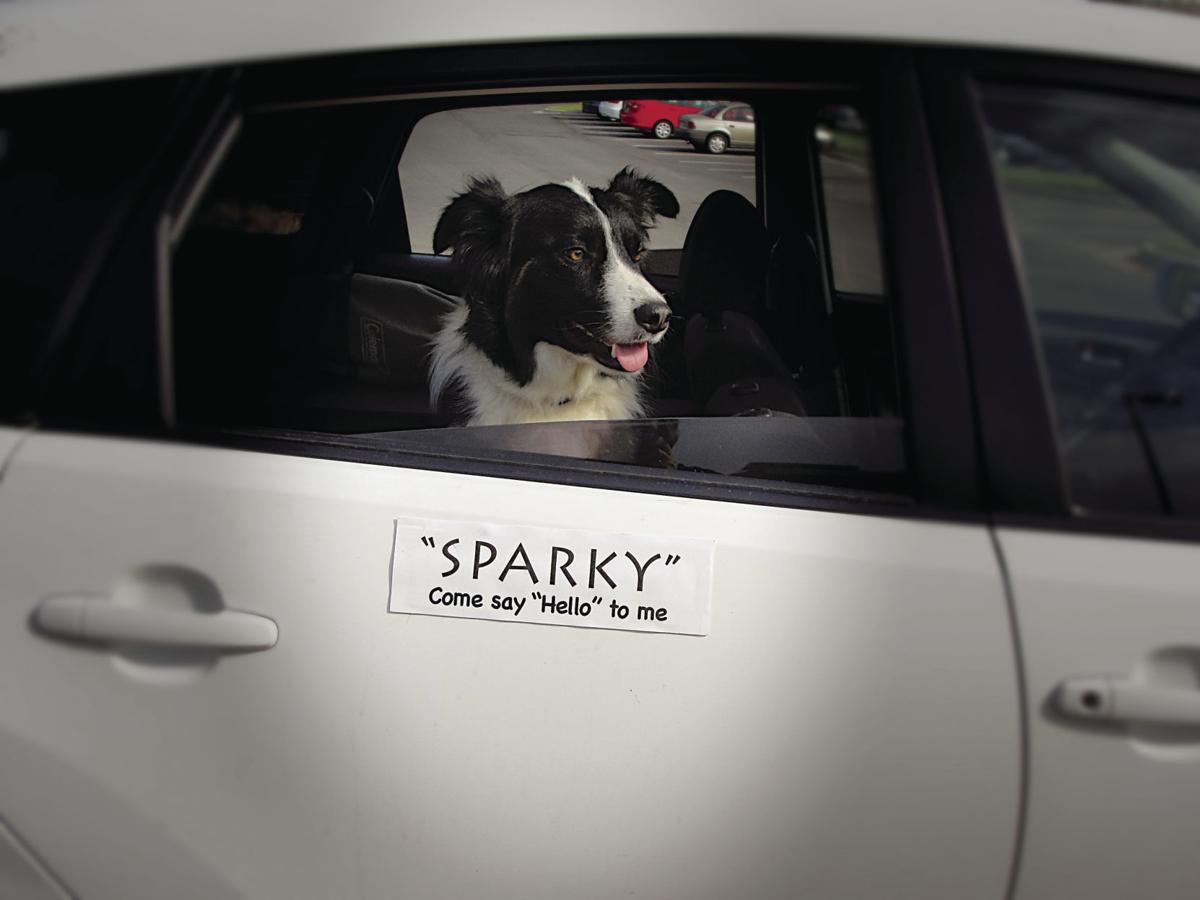 Mike Baron stumbled upon Sparky, a 6-month-old border collie, at a yard sale. Only problem was, he wasn’t in the market for a dog. But, he quickly fell in love with the sweet and energetic pooch — and seven years later, Baron couldn’t imagine his life without his furry best friend.

“He’s the best dog. I love having him around and we do everything together,” he says.

While many dogs don’t have a business card, Sparky does. Baron originally got the card for kids that enjoy playing with Sparky, so they could keep a picture of him. He loves playing ball and he’ll roll it down a hill to any passerby in hopes they’ll throw it back. His favorite spot to do that is Artivity on the Green. He’s even claimed a hill there, according to Baron.

“Sparky will run right to that hill every time we go to this park,” he says.

Some of Sparky’s other favorite places in Winston-Salem include Mast General Store and Tate’s Craft Cocktails.

“The staff and customers at Mast General Store love Sparky. He’s such a friendly dog, and always well behaved,” Baron says. “At Tate’s, he loves sitting up on the bench and greeting customers.”

Sparky has also always been by Baron’s side during his cancer treatments and checkups. Since he’s a service dog, he even accompanies Baron to the Forsyth Cancer Center. He sits at the edge of the bench and provides a little bit of cheer to all the patients on their way in and out.

“Sparky has been such a blessing and boost to me through all the hard times,” he says.

While at home, Sparky has some unique favorite pastimes. His first is watching “Heartland” with Baron. For those not familiar with the Canadian drama, it’s filmed on a horse ranch.

“He loves watching each episode from start to finish,” Baron says. “Any time an animal shows on the TV, he runs over to his basket of stuffed animals, picks out the right one, picks it up in his mouth, and paces back and forth with it.”

The second activity is chasing a laser light up and down the hill outside their house. While most people think this is something only cats love, Sparky proves otherwise.

“I’ll stand at the bottom of the hill when it gets dark out and he’ll all out run after the laser light,” Baron says. “I only allow him to play about 10 minutes or he’ll overheat himself.”

If Sparky could talk, Baron thinks he’d ask people to throw him the ball. Otherwise, he seems like he’s pretty happy. So who saved who?

“I’m so blessed to have Sparky in my life,” Baron says. “He’s not only just a great dog, but a great friend.”