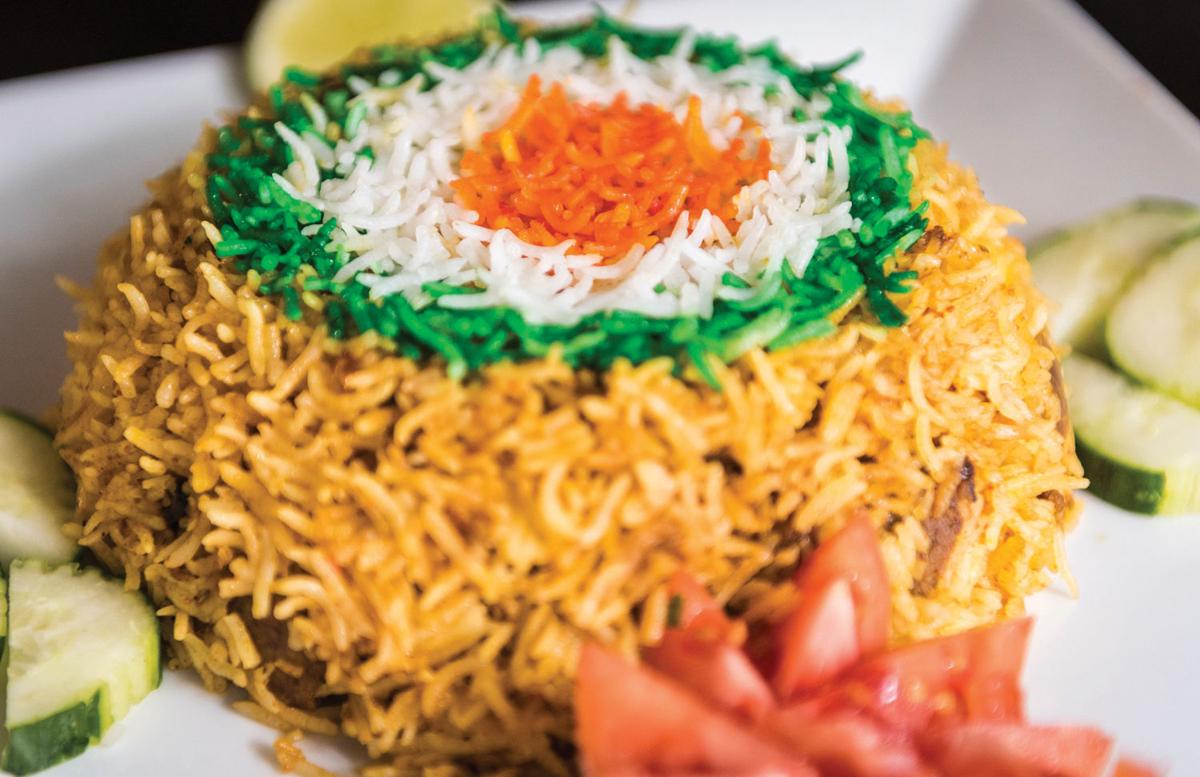 Lamb Biryani, a dish offered at the Mystic Ginger restaurant on Fourth Street. 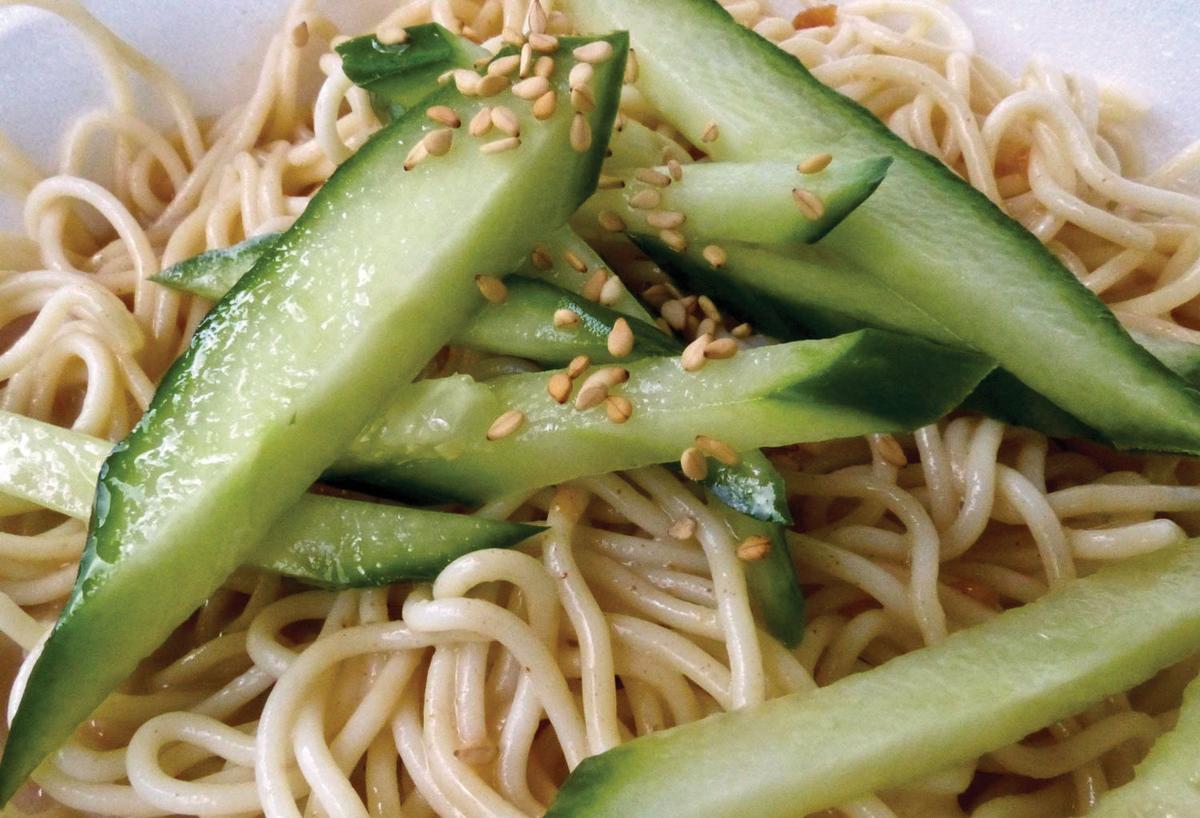 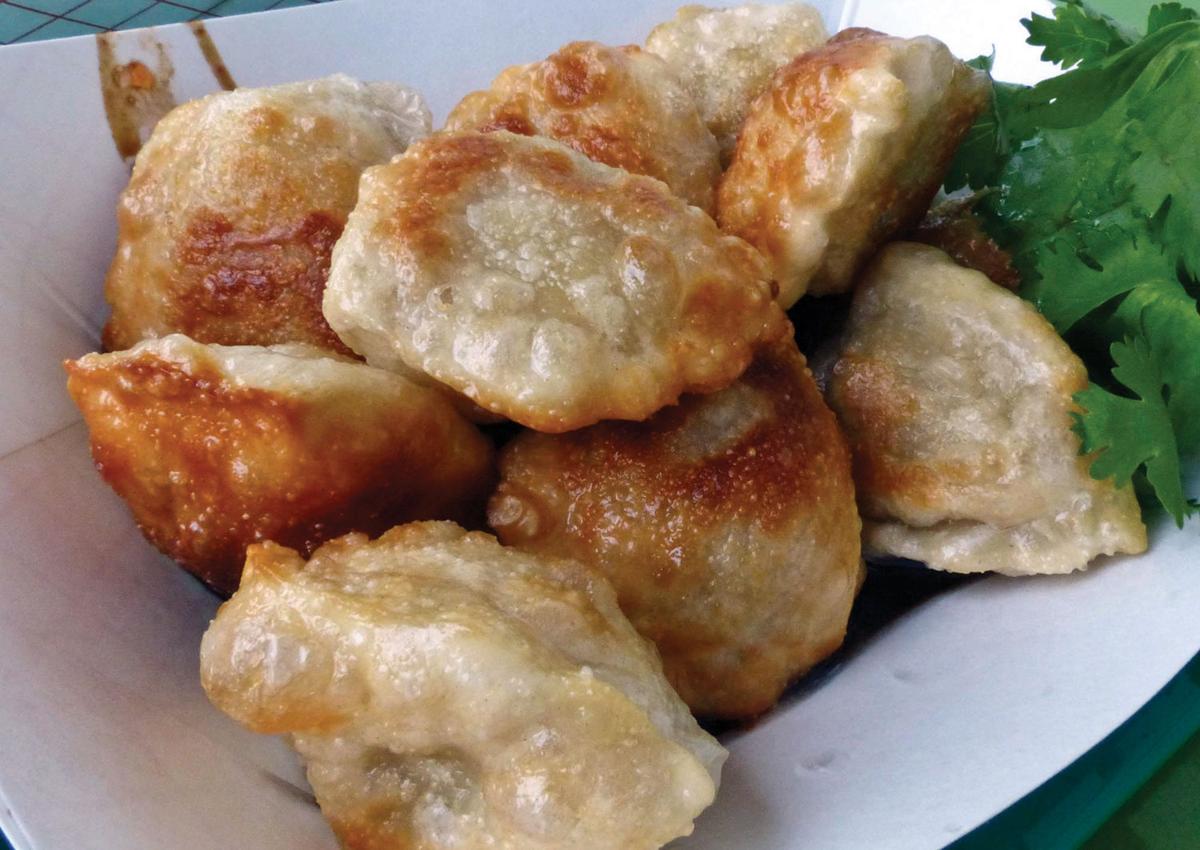 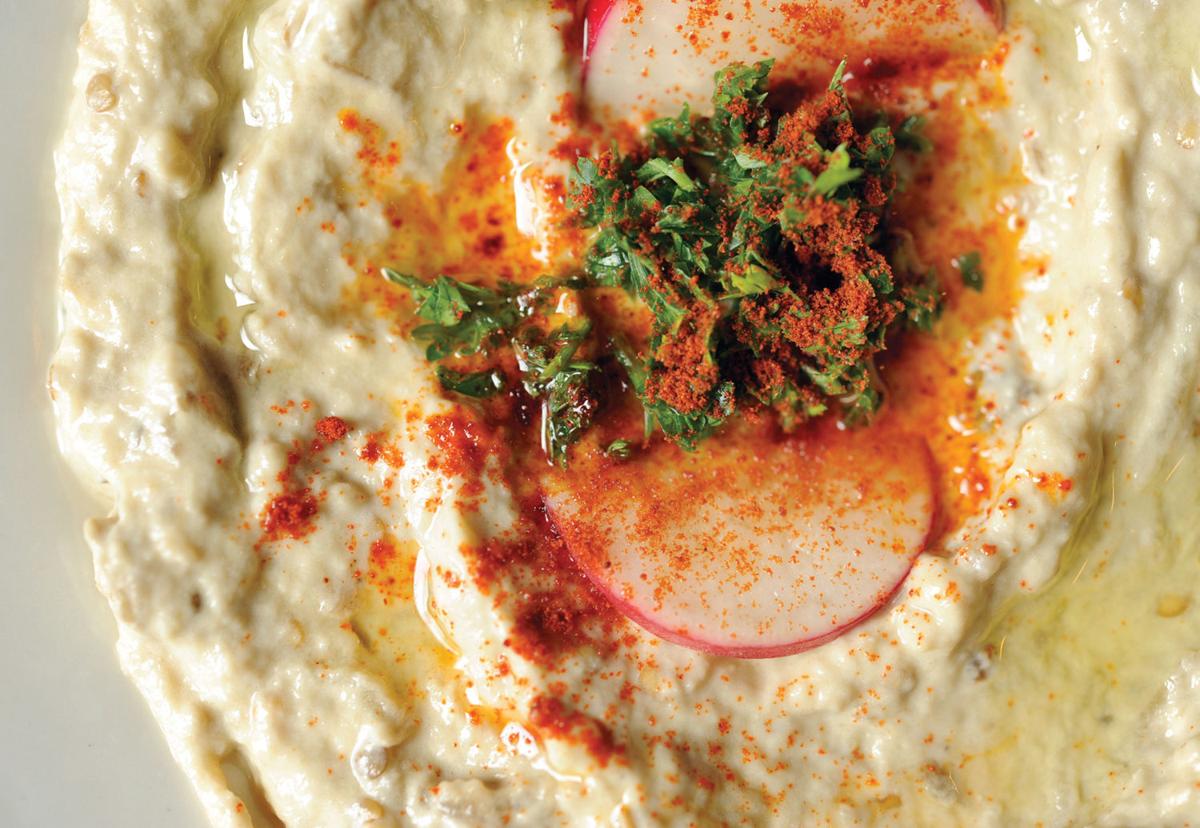 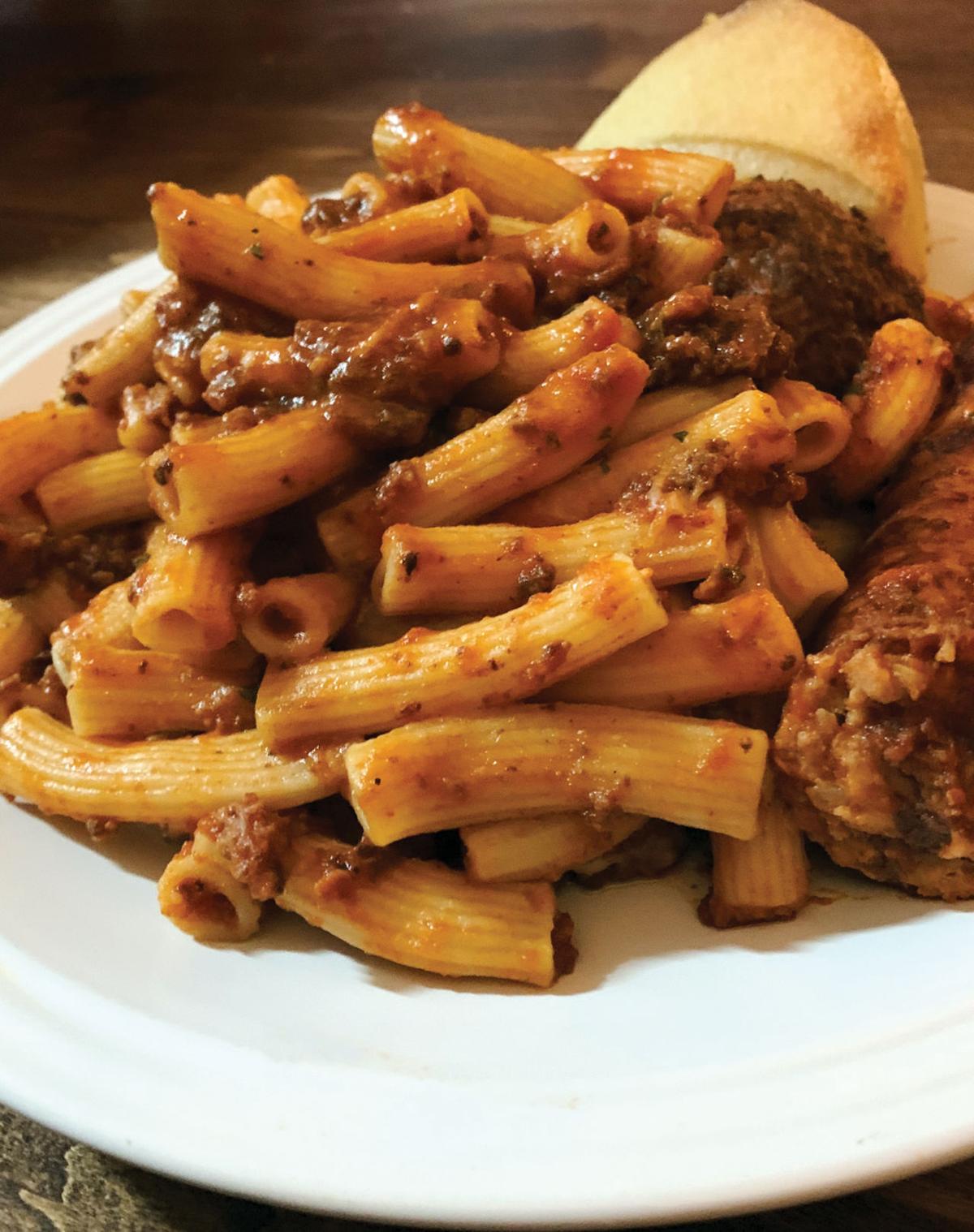 Gravy with meatballs and sausage at Tre Nonne Italian. 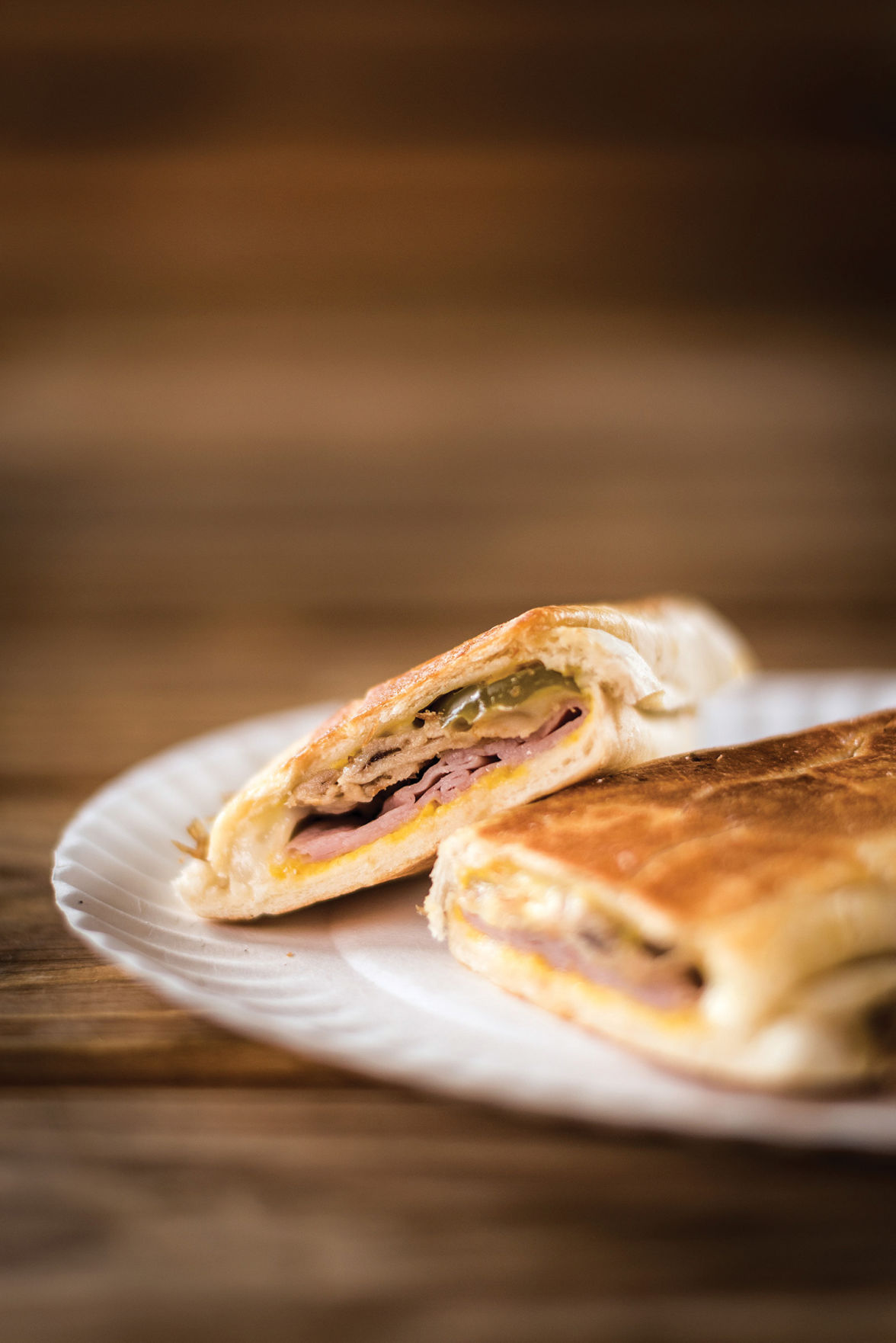 A cuban sandwich from Mojito. 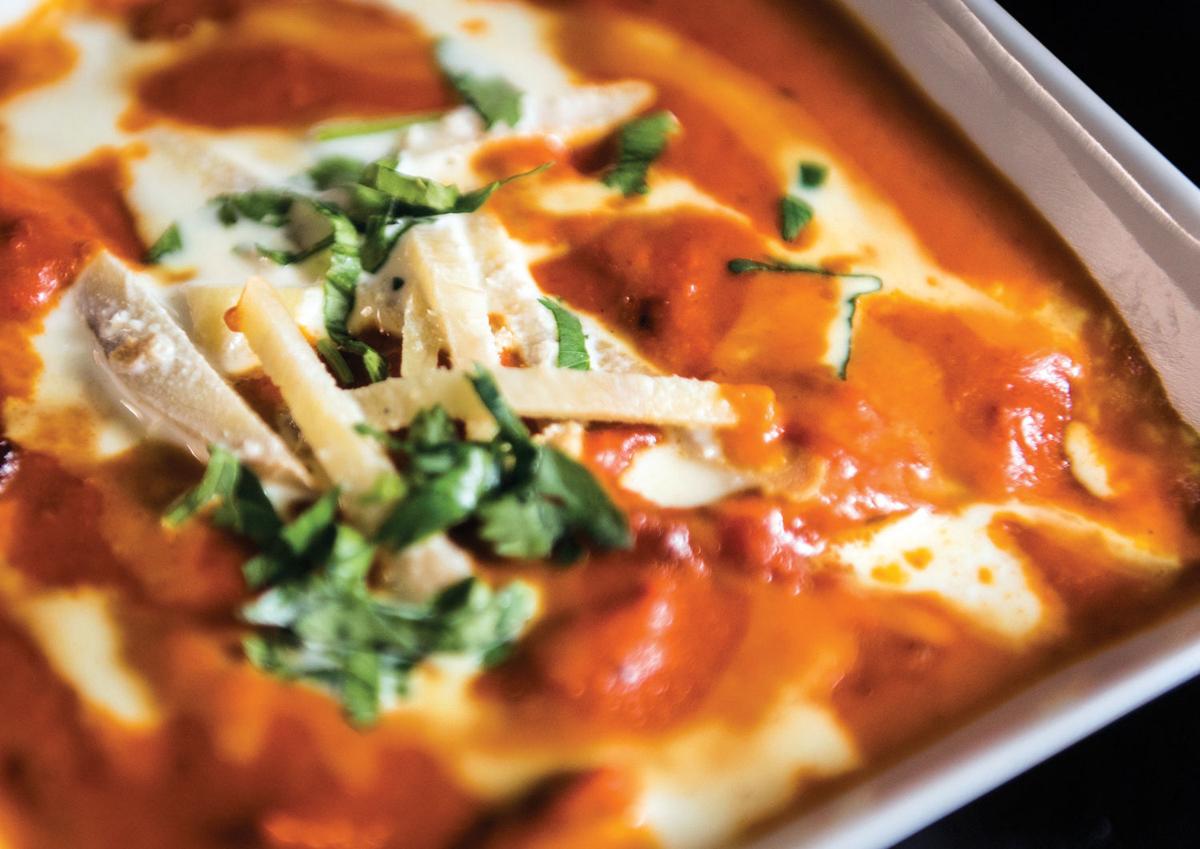 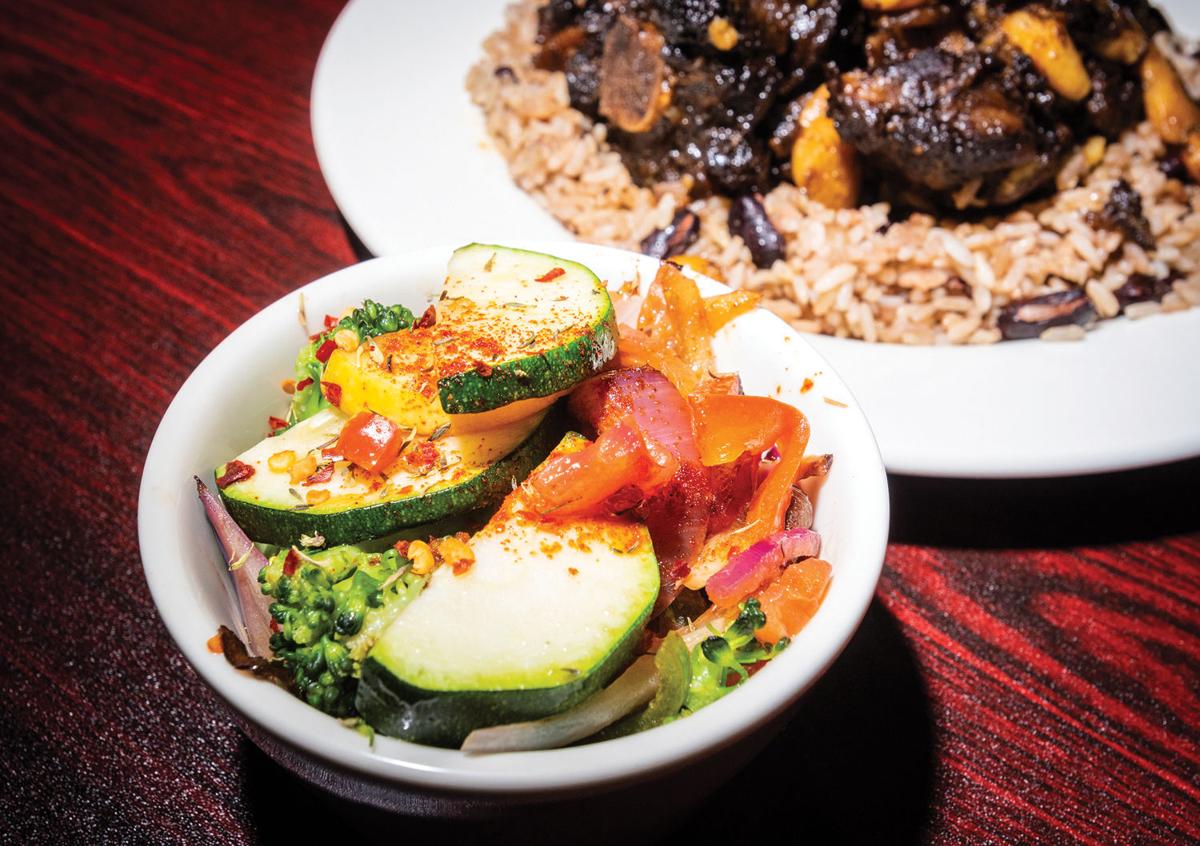 A side of Sauteed Mixed Vegetables with Oxtails at The Rhythm Lounge & Grill. 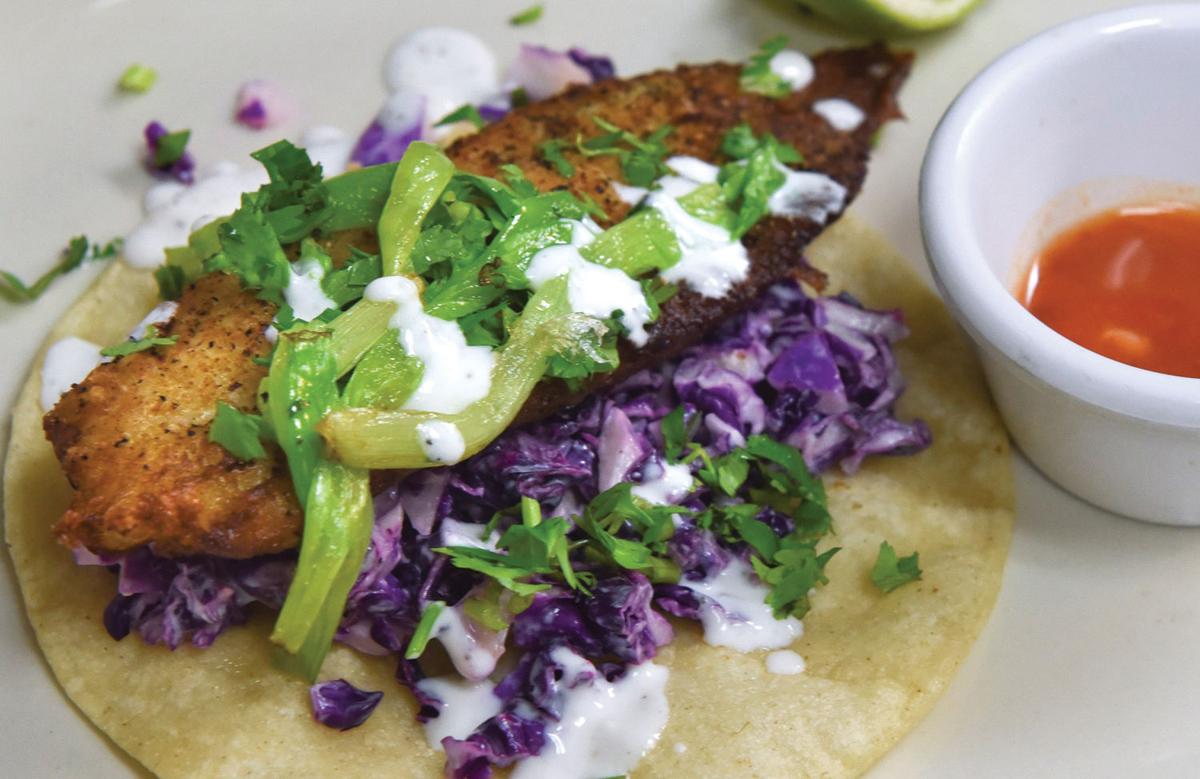 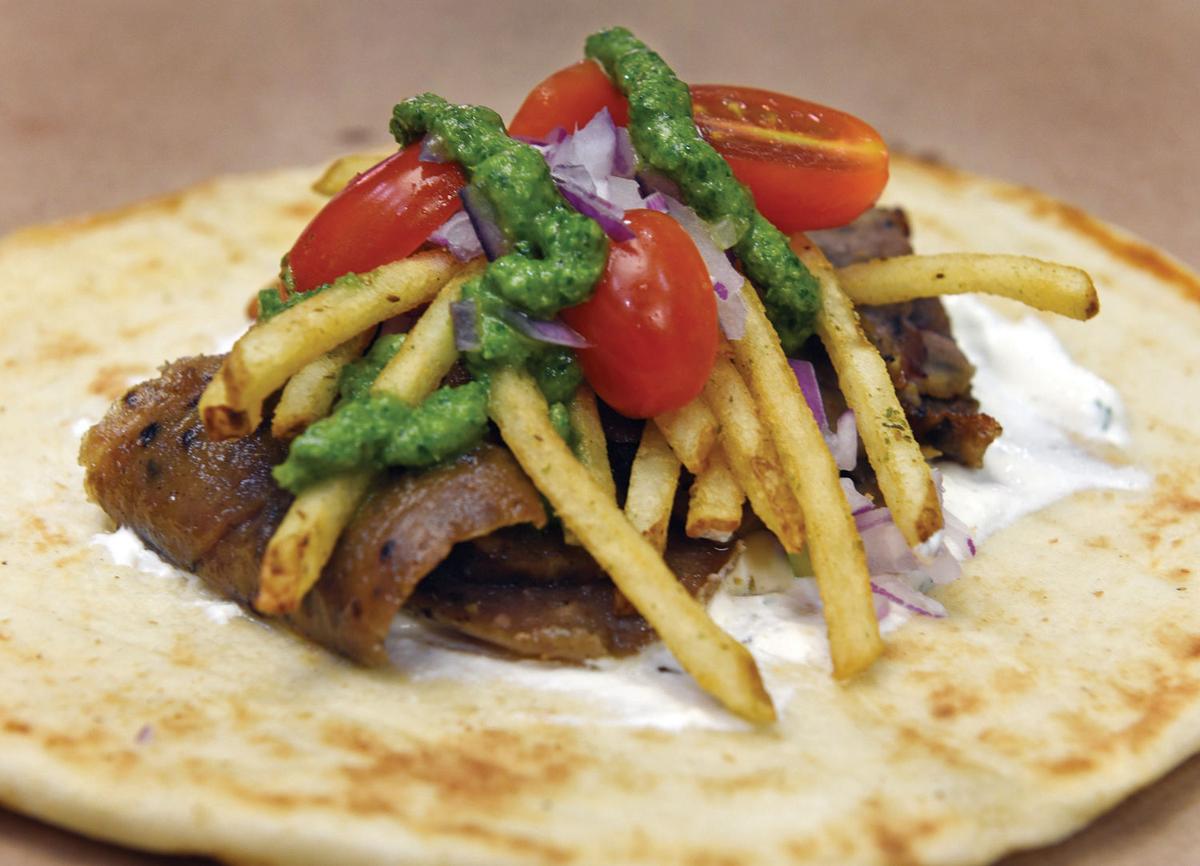 Lamb Biryani, a dish offered at the Mystic Ginger restaurant on Fourth Street.

Gravy with meatballs and sausage at Tre Nonne Italian.

A cuban sandwich from Mojito.

A side of Sauteed Mixed Vegetables with Oxtails at The Rhythm Lounge & Grill.

Artists tell stories with paint on canvas and a writer with words, but chefs create foods of distant lands in diners, cafes, restaurants, and food trucks.

The drive to create and comfort runs strong in the food community and in ethnic restaurants, the need to preserve and share culture through food is notable — particularly during challenging times. Chefs and restaurant owners willingly share their talents and remind us that creating food is more than art; it’s a highly skilled craft. Breaking bread during times of global unrest paints a picture of culture on a plate, and the heart and souls of those who prepare and share food from other countries.

Cultural cuisine is thriving in Winston-Salem from the north to the south, the east and west, and downtown. Take a stroll downtown, or drive out of the city to Reynolda Village to experience a taste of Mexico, Italy, China, India, Lebanon, Greece, Cuba, Jamaica, and other countries. Each restaurant has a unique story of how they interpret food and share it with friends and family.

At Mooney’s Mediterranean Café, the foods of Lebanon are on display guided by the careful eye of owner Ameen “Mooney” David. Mornings are reserved for prep work — hours of chopping, dicing, and slicing.

Serving family-style meals and keeping dishes basic is so important now, says Mooney, such as his best-selling chicken tawook platter (marinated chicken over rice with fettoosh salad and hummus).

“Our food is a window into our culture, down to the small items such as hummus and baba ghanoush [roasted eggplant sometimes called “spoiled daddy”], which we make fresh every day,” he says.

Attention to detail is important — marinades are homemade, salads are chopped daily, and dressings are simple with lemon juice and Lebanese olive oil. Best-sellers include the Jezebel grilled chicken sandwich with Sriracha sauce, falafel pitas, and kafta (beef or lamb) kabobs.

Down the street, it’s all in the family at Yamas Mediterranean Street Food.

Fast, tasty, and casual are the hallmarks of the foods that hail from Greece and Cyprus. And the business model at Yamas is cool, trendy, fun, and healthy,” says Zena Gallins, co-owner. The small restaurant is able to seat 36 inside and 14 outside with social distancing in place, but Gallins acknowledges it’s a challenge with the new normal in restaurant dining.

“The changes happened overnight and we are still adjusting,” Gallins says. “The Greek culture is social and built around family and friends. Sometimes we forget that food is always a social experience.”

Must try: Gyro sandwich with tzatziki

Naznin Nasrin admits to being homesick when she moved to the U.S. from Bangladesh, but now considers Winston-Salem home. She spends much of her days in the kitchen and operating Mystic Ginger Fine Indian Dining with the help of her family.

Mystic Ginger showcases the food of the Bengal region and northwestern India. Spices are elevated in colorful dishes with rice, fresh vegetables, and lamb, chicken, shrimp, and goat protein as the backdrop. Don’t look for a lunch buffet but instead generous portions of customized dishes made to individual tastes. Customers appreciate the halal cooking method adhered to (food preparation with blood drained from meat), which is also more expensive than non-halal. It is one of many unique touches that entice diners to return, along with a specialized menu that includes goat and a choice of spices from mild, medium, ‘American Hot’ to ‘Indian Hot.’

“We try our best to personalize service with spices and sauces to each person’s taste,” says Nasrin.

At The Rhythm Lounge and Grill, the worlds of soul food and Jamaica converge. Georjean Mahario-Tompkins is co-owner with husband Lee Tompkins, who handles live entertainment for the lounge. The arts are important to the woman who has performed throughout Europe and Africa, and now spends her time in the kitchen showcasing love for her culture in every dish.

The former New Yorkers elevate their Jamaican-American heritage with a menu that features Jamaican jerk chicken that pairs perfectly with a tropical coleslaw and other Caribbean foods. As a nod to soul food, the menu features fresh collards, shrimp and grits, cabbage, macaroni and cheese, and other sides. Shrimp and grits are popular with the Sunday brunch crowd.

“We all need to eat,” says Mahario-Tompkins, and “if eating well makes us feel good for a moment — then that is special.”

Must try: The beef patty and coco bread.

Don’t judge a book by its cover.

Such is the case when you meet owner-chef Michael Millan, of Mojito Latin Soul Food (originally Mojito Mobile Kitchen), set to open in August in the former Mary’s Gourmet Diner location in the downtown arts district. A blue-eyed, light skinned Cuban-American is not what one expects, and it gives Millan a cultural advantage. Millan is the first generation of his Cuban family to be born and raised in the U.S. He held on to his heritage with a Miami upbringing ripe with Cuban food and exposure to the city’s Little Havana neighborhood. Spanish is Millan’s first language (his English is just as crisp) and dishes sound lyrical when he rattles off the colorful menu.

The menu is intentionally written in English to be more inclusive — something that’s important to Millan.

“I grew up in two different worlds and at Mojito I can bring them together,” says Millan. “I am an assimilation success story and it means a lot to share my cultural experience with food, especially now, and what better way to blend my culture with North Carolina than with Latin food?”

Must try: The Cuban sandwich

“I didn’t know how to cook but I knew how to eat,” smiles Rigo Velasquez, owner-chef. He was raised by his grandmother in central Mexico where he ate his country’s foods, and also spent time also in California. Velasquez knew the restaurant business was competitive and that he would need to stand out when he joined his wife, July Hernandez, and her parents to open La Botana in 2003.

The restaurant specializes in plant-based entrees — foods that Hernandez grew up with — hence the large vegetarian selections and vegan dishes. To keep the taste of rural Mexico where vegetables, not meat are eaten, Hernandez starting cooking vegetarian dishes highlighted with cabbage, mushrooms, broccoli, kale, spinach, and other greens. He introduced organic foods to his children and admits to craving vegetables when his wife was pregnant.

Must try: The Brussels sprouts quesadillas.

A small green sign beckons dumpling lovers to “come and see” in Reynolda Village, where Chinese food is the main agenda. At May Way Dumplings, the Chinese staple is elevated from the usual steamed dumpling to fried dumplings and pastry-like “buns.” Fried dumplings are available in pork or chicken and combined with scallions, ginger, cabbage, with the house soy sauce that is a cut above traditional soy sauce.

Owner Katherine Sun smiled politely when asked about the recipe for the sauce.

“It’s a family recipe that we make,” she says.

Born in China, Sun has lived in the U.S. for decades and is proud of her small shop that fits a few people inside but is more accommodating outside, particularly in good weather with green spaces for diners to enjoy. The Hot Steam Pork Bun is a popular steamed bun filled with sweet barbecue pork. The concept is also used for dessert buns with egg custard and red bean filling. Channel your inner child and grab a refreshing bubble tea to-go.

“Tre nonne” is Italian for three grandmothers, the influence behind the generational recipes passed down to Tony Maresca, his wife, Alice, and his sister, the third partner in Tre Nonne. With the arrival of their grandmothers in the U.S., the trio welcomed the family recipes from Calabria and Naples, Italy.

Decades later the matriarch’s presence is still felt in every pasta dish made fresh in-house. Maresca points out a sign in the restaurant that captures the restaurant’s philosophy and reminds diners the reason for gathering around food – “Enter as friends and leave as family.”

Must try: Gravy with meatballs and sausage.